SEVERAL SCIENTISTS FROM ABROAD MIGHT ARRIVE AS EARLY AS NEXT YEAR

Ten scientists from abroad who want to pursue science in Slovakia are coming to work at Comenius University in Bratislava. This is due to the SASPRO project and the collaboration with the Slovak Academy of Sciences.

The Slovak Academy of Sciences (SAS) has obtained funding for a project worth millions to combat Slovakia’s brain drain. This will enable the Academy to continue a project entitled SASPRO, which has managed to lure 38 young scientists to Slovakia in recent years. Most of them chose to stay in the country even after the conclusion of the project. They’ve formed their own science teams and are thus contributing towards the quality of scientific research in Slovakia.

“I'm incredibly glad that after the successful SASPRO 1, we can now launch the SASPRO 2 project. This time, an opportunity will be given to 40 scientists currently working abroad who would either like to return to their homeland or who come from other countries but want to pursue science in Slovakia. We will provide them with ideal conditions and likewise will expect them to deliver high-quality output,” said SAS chairman Pavol Šajgalík.

The project worth approximately €9 million was submitted to the Horizon 2020 programme under the Marie Sklodowska-Curie Actions-COFUND category.

“This time, we decided to collaborate on the project with Comenius University in Bratislava and the Slovak University of Technology. Both universities will welcome 10 scientists to their workplace and the remaining 20 will work at the SAS institutes. There is a wide range of research fields they can engage in,” said project leader Dr. Zuzana Hrabovská.

Among the other competing projects, SASPRO 2 received an excellent overall ranking of 95.8 percent from the European Commission, which automatically placed it among funded projects. The European Commission will co-finance the project, which is scheduled to last five years, at a level of approximately 50 percent. The partners in the project plan on launching the first call in July 2020. The first scientists might start their work placement in January 2021. 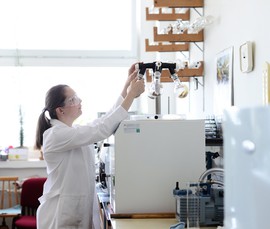