It is sometimes called royal disease. Since 1989 people all over the world remind it annually on April 17 by turning on red lights at home, and also by illuminating significant buildings and landmarks with red colour. It provides an opportunity to inform the public about this serious disease, but also to highlight the problems of patients and their family members.

Hemophilia is a congenital bleeding disease. It is a genetic disorder that causes insufficient blood plasma protein formation and therefore insufficient clotting and inability to stop bleeding after injury. The lack of coagulation factor that is needed to clot blood leads to excessive bleeding even at minimal injuries, tooth tearing or after surgeries. "Very serious" hemophilics, i.e. those with very low levels of the clotting factor, may also suffer from so-called "spontaneous bleeding". It is particularly malicious in that it appears without any cause, so bleeding can never be predicted and in some cases it can not even be prevented.

The disease is transmitted by healthy women, but it affects male descendants of the family. The genetic nature of the disease is a disorder on the X sex chromosome. The life of people with hemophilia is full of restrictions, which requires adaptation of the lifestyle not only by the individuals themselves, but also of their family members. "The whole childhood is full of bans. They all say: don't do this, don´t jump, etc. For me, as for many other boys, the sport was a thing which I liked most. But I could not do it regularly. However, despite the ban I often went to play football or do another sport. At such times my mom was put in front of a difficult situation to explain me the seriousness of my condition on one hand and not hurt me on the other hand. Most of hemophilics are aware of the disease and they try to adapt to it and join other children,“ explains Mr. Thomas Šimurda, a member of the Slovak Hemophilic Association, a physician of Jessenius Medical Faculty of the CU in Martin and the National Center of Hemostasis and Thrombosis in Martin and one of the people for whom the congenital bleeding disorder is a part of life.

Quality diagnostics and treatment are important

1 in 10000 people in the world suffers from this serious non-treatable disease and many of them die for lack of treatment at an early age. In particular there are many non-diagnosed cases in developing countries. The World Federation of Hemophilia (WFH) acts via humanitarian action in the least developed countries to ensure there is the primary treatment at the minimum. This humanitarian action is in Slovakia provided by the Slovak Hemophilic Association. Treatment of hemophilia consists of replacing the missing coagulation factor in the blood. This process is carried out by application of the coagulation factor concentrate, which is given intravenously directly into the patient's vein. The coagulation factor concentrate should be given as soon as possible from the start of bleeding in order to avoid long-term damage to the body and to the potential loss of life when bleeding into vital organs. Currently, in addition to application of the coagulation factor concentrates, there are for some patients other options of so-called new non factor (non-substitution) therapy. Although non-treatable, proper diagnosis and treatment can people suffering from hemophilia not only prolong their lives, but also enable them to have a fully comprehensive life.

World Federation of Hemophilia declared April 17 as the World Day of Hemophilia in honour of the founder of the Federation, Mr. Frank Schnabel who was born on that day. It should remind and expand his personal mission to improve global care for people with hemophilia. More than 130 countries worldwide recall this day annually. 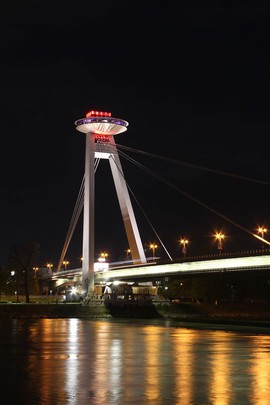