The Comenius University Executive and the leaders of Comenius University’s Academic Senate are following the current events unfolding in Turkey after the failed coup last week with great concern. According to available information, the Turkish Council of Higher Education (YÖK) has forbidden academic staff in Turkey to travel abroad and has ordered those already abroad to return.

Information published in the media talks of purges affecting tens of thousands of employees at state institutions. More than 15,000 employees of the Ministry of Education have been sacked, and more than 1,500 deans at state and private universities have been forced to resign. Thousands of teachers working in private institutions have had their licences revoked, and many private schools have also had their licences revoked.

We are connected to the Turkish academic environment through a number of bilateral partnerships and forms of cooperation with Turkish universities. In fact, our educational and cultural links go right back to the 9th century and the arrival of the Byzantine scholars Cyril and Methodius, who had travelled from Constantinople (now Istanbul) and who had a decisive impact on the development of learning in our territory.

In the spirit of the irrevocable and inseparable values of academic freedom, liberal education, and research, we fully stand in solidarity with our colleagues at Turkish universities in this situation, which threatens their academic rights and freedoms as well as the very autonomy of higher education. We fully support the statements released by the European University Association and the Czech Rectors’ Conference, and we call upon all people of good will to stand with us in supporting freedom and democracy in Turkey. 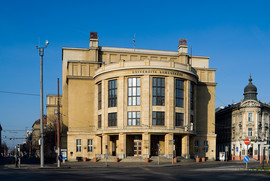