The claim that every student cuts corners to make their studies easier is an insult to the thousands of students who are currently defending their honestly written theses at our universities. It also belittles the work of thesis supervisors who try to guide their students in the gradual learning of the basic principles of science, the work of reviewers who spend hours studying students’ theses and writing reports. and the work of committees that comprehensively assess students’ ability.

An academic degree should not be some adornment which politicians or businesspeople use to increase their social status. It should be the result of honest research. It should be a declaration of determination to dedicate one’s life to disciplined thinking. It should be a sign of willingness to distinguish empirically verifiable facts from half-truths, hoaxes, and conspiracy theories.

Plagiarism is as old as academia itself, and it also occurs at the world’s best universities. The best way to minimize plagiarism is to consistently and patiently explain the principles of academic work. At the same time, we need to take an uncompromising approach and enforce academic ethics, even at the level of seminar papers. We need to guide students so that the writing of theses is not seen as just a formality.

The V7 Group and the Slovak Academy of Sciences hereby declare their commitment to further improving internal processes in order to prevent plagiarism. We also call on those politicians who have committed plagiarism not to play down this problem and to appropriately accept responsibility for their actions and face the consequences. 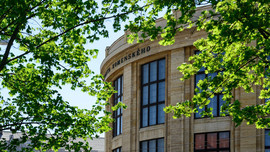