Comenius University Researcher: Most People in Slovakia with Mental Illnesses Do Not Seek Treatment

Bratislava, 5 February 2018: The great majority of people in Slovakia with mental illnesses do not seek treatment. Furthermore, the risk of suicide in Slovakia is nine times greater among young men than it is among women. These are the findings of Associate Professor Alexandra Bražinová from Comenius University’s Faculty of Medicine in her research focusing on depression, anxiety disorders, and addiction in outpatient and hospital care.

Associate Professor Alexandra Bražinová, an epidemiologist at the Institute of Epidemiology at the Faculty of Medicine, has been studying mental illnesses for a considerable amount of time. The results of her research have shown that in Slovakia there are hundreds of thousands of people who have symptoms of depression, anxiety disorders, and addiction who do not have access to or seek treatment.

“In terms of a percentage, it can be said that 67% of people who are most likely suffering from depression are not currently seeking treatment. Furthermore, up to 80% of people with symptoms of alcohol addiction are not in treatment. The percentage of untreated people with likely symptoms of an anxiety disorder is 84%,” said Bražinová in presenting her research findings.

She emphasized that these people are not in treatment despite the fact that effective treatment methods exist which would help them and improve the quality of their lives. The reasons for this state of affairs can vary; it may be due to a lack of knowledge, social stigma and prejudice, a lack of preventive options, or a lack of community care.

Associate Professor Bražinová’s research suggests that the level of suicides in Slovakia is many times greater among men and increases with age. “The highest level of suicides is among elderly men. It is essential for this to be looked into. In an examination, a general practitioner needs to ask the patient about his feelings, and, if necessary, refer him to a specialist. Retirement and the loss of meaning in one’s life, the lowering of income, family disputes, and the loss of a partner can all contribute to an older person feeling abandoned and alone, and feeling that they cannot handle life,” the Comenius University researcher said.

According to the epidemiologist, another risk group is young men: “In my opinion, men in Slovakia from the age of 20 to 40 years have an up to nine-times higher risk of suicide than women. In this sense, Slovakia is unique in the world. Elsewhere the difference in suicide rates between men and women is not so significant.” In her opinion, Slovakia is one of a small number of countries which do not really tackle the issue of suicide: “We do not have a national programme for the prevention of suicide, and there is no telephone crisis line which a person experiencing a mental crisis can call. This is a form of death which is preventable to a great degree.”

Associate Professor Bražinová is actively advocating for the introduction of a mental health programme. In partnership with the Mental Health League (Liga za duševné zdravie) she is implementing a project called “Zippy’s Friends”, which is focused on practising social skills among children from five to seven years of age at kindergartens and primary schools. The teacher reads the children a story about three friends, and in a playful way, such as through acted performance, the children look for solutions to situations which they regularly find themselves in and which have various degrees of emotional stress, such as friendships, conflicts, bullying, and other stressful situations. In this way, children learn to solve problems so that they can process their negative emotions with the situation not harming them or anyone else. This project strengthens emotional intelligence and contributes towards good mental and overall health.

“Associate Professor Bražinová’s results, which deal with depression, anxiety disorders, and addiction in outpatient and hospital care, are also a significant motivational and mobilizing factor for the necessary improvement in understanding the health concerns in society. I am certain that they will contribute to the creation of a national programme of suicide prevention and a reduction in the number of suicide attempts in Slovakia,” said Comenius University Rector, Professor Karol Mičieta. 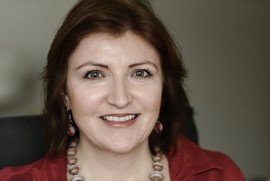