“It was here in Bratislava that the students’ march began. Young people found the courage to express their dissatisfaction with the establishment of the time despite the environment of uncertainty. Students have always been at the forefront of views that have sparked society into action, and therefore I hope they will continue to have the courage to freely express their opinions and fight for the preservation and consolidation of the possibilities we have today and express themselves without risk in the academic community as well as in society,” the Comenius University Rector, Professor Karol Mičieta, said.

The Vice-Chairman of the Nation’s Memory Institute, Dr Ján Pálffy, also pointed out the courage of young people: “It is no coincidence that in 1989 it was the students who bravely raised their heads. They refused to passively live their lives in a totalitarian regime. Their activity culminated in a march which was held one day before the students’ march in Prague.”

One of the march’s participants, Radoslav Števčík, who was a student at the time, remembered the period before 1989, when one doctrine ruled over the country. “It was our discontent as students with the fact that we learned about only one ‘truth’ and that anyone with a different opinion was an enemy which made us speak out. I am very glad that as citizens we took over the destiny of this country after 1989 in terms of freedom and democracy,” he added. 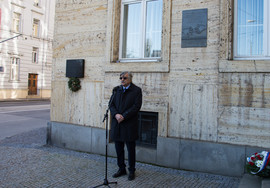 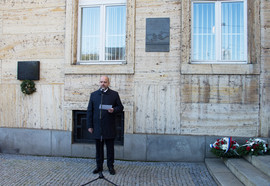 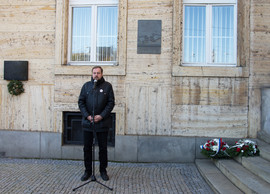 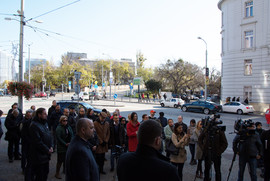