Bratislava, 16 February 2022: It is one of the most frequently kept pet lizards in the world, but until recently the origin of the pet population was unclear. Leopard gecko, which derives its English name from its unique coloring, is also a popular model organism for researchers. By studying it scientists are able to find answers to some fundamental questions in biology. The current research, in which Daniel Jablonski from Comenius University Bratislava participated, is now exposing many clues about its origin.

Lizards of the genus Eublepharis and especially the Leopard Gecko (Eublepharis macularius) have been studied as a model organism for more than 50 years. By studying them researchers are able to answer various questions relating to reptiles in general, such as how to determine gender using ambient temperature or how their physical regeneration works. But what do we know about wild populations? As is often the case with model organisms, very little.

The Leopard Gecko first appeared as a pet in the 1960s, when it was probably imported from the city of Karachi in Pakistan. "Given its popularity among pet owners, it seems unbelievable that the relationship between the captive and the natural populations of this iconic lizard has been unclear so far. For example, it was unknown whether this species represented a single evolutionary lineage in nature or whether its genetic diversity was greater," says Daniel Jablonski from the Faculty of Natural Sciences of Comenius University. Exact data from Pakistan, the main territory which could help solve these issues, has been scarce so far.

In January, the journal Molecular Phylogenetics and Evolution published a study by an international team of researchers from India, Pakistan and the U.S., whose member was also our zoologist Daniel Jablonski. In his research he focused on reptiles and amphibians specifically from Pakistan and was able to obtain key comparative material during several trips and in collaboration with the Pakistan Museum of Natural Sciences. His work enables us to obtain fresh understand the evolution and the origin of this gecko.

The data show that the evolution of the gecko ancestor can be traced back 50 million years when it split from other genera. New data also reveal that there may be more species than previously thought. The three evolutionary lineages which have now been discovered to live in the area between southern Afghanistan and northern India had not previously been described by scientists. The area around the Indus River and between the Hindu Kush Mountains and the Himalayas in Pakistan probably played a crucial role in the evolution of these very popular pet lizards.

"By researching the genetics of several dozen pet Leopard geckos which we compared to wild populations, we have been able to prove that they have identical or very similar genetic information. They come from one evolutionary lineage representing the model species E. macularius. In the wild it occurs in southern and central Pakistan. This shows that the pet gecko lineages mainly come from the area around the Indus River," concludes the Comenius University researcher. 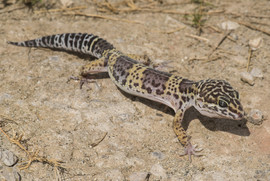 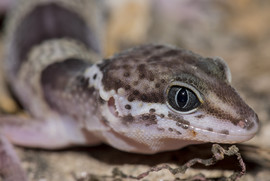 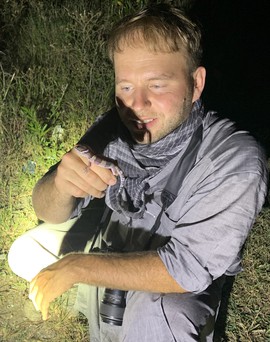