Comenius University and the Foundation for Stopping Corruption (Nadácia Zastavme korupciu) have signed an agreement on cooperation. The foundation will oversee transparency in public procurements and in the filling of important positions.

The new rector of Comenius University, Marek Števček, came up with the offer for cooperation. “I consider working with the non-profit sector in the area of public finances to be very important. This was one of the first goals I set myself when I commenced my term in office. The Foundation for Stopping Corruption is an important partner for us, and we highly value their contribution to public procurement processes as well as in other areas. I believe that together we will establish a new level of transparency in university management,” the rector said.

The foundation's director, Zuzana Petková, considers large purchases to carry a potential risk in terms of corruption. “We therefore welcome the new university leadership's approach to inviting us to oversee the management of public resources,” she said.

For a long time, the foundation has been checking large tenders in the state and public sectors. In cases of suspected corruption or of overpricing, it has submitted complaints to the Office for Public Procurement. “We do not just want to criticize inefficiency; we also want to work preventatively," Petková added.

The foundation is expected to provide advice on major projects such as the planned €14 million dormitory renovation. In connection with preparation on that project, the rector dismissed the university dormitory's longstanding director Róbert Gula.

The foundation will also oversee the appointment of staff. A foundation representative was a member of the selection board for the new head of the Comenius University Science Park. An international call for applicants was announced for this post.

The foundation's advice is free of charge and is part of a pilot project. “If things go well, we will try to get independent resources to fund it so that we can help several public institutions that are interested in being a part of it,” said Petková. The Slovak University of Technology has also shown interest in cooperation, so working with them is a possibility in the future. 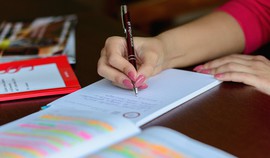 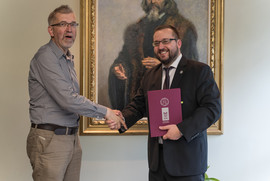