A publication on the University’s centary comes to life

This book presents the history of Slovakia's oldest university in a clear and concise way, and it contains many historical and contemporary photographs. "Via Comeniana also aims to raise pride in this educational and scientific institution, especially among the vast family of university graduates, students, educators, employees, and supporters," the authors state.

In addition to the centenary, 2019 saw the commemoration of thirty years since the Velvet Revolution, which brought freedom. Pavol Demeš, who is also a member of the General Board of Comenius University, said: "Of the thirty-six universities operating in Slovakia, I do not know of any that is as readable and clear as it is about the Velvet Revolution as Comenius University." Demeš considers the book launch to be a personal triumph and is glad it took place before Christmas.

The work was brought to life by the Rector of Comenius University and the head of the Comenius University Archive, Maria Grófová, with a symbolic sprinkling of ones and zeros to mark the centenary of the university. “Whoever writes and publishes books may wonder how long it takes to study the proven facts. We work with facts, and once they get into a book they have their own lives,” Grófová said. 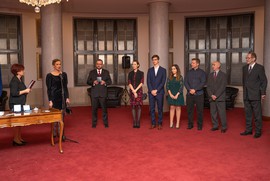 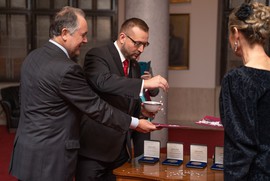 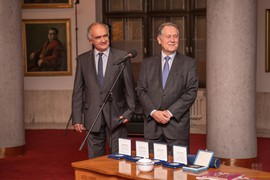