BRATISLAVA, 20 JUNE 2016: In cooperation with the Slovak Academy of Sciences, the Slovak Liasion Office for Research and Development in Brussels, and the European Research Council, Comenius University in Bratislava is organizing the ERC Day in Slovakia (20th of June 2016) with the aim of effectively supporting and creating stimulating conditions for slovak scientists so that they can succeed in receiving financial resources for TOP-level research through the ERC grant programme.

The establishment of the European Research Council in 2007 was an important milestone in the support of top-level research in Europe. ERC grants are the most prestigious that a scientist based in Europe can receive. The level of financial support in an ERC grant ranges from €1.5 to 2.5 million for a maximum term of five years. The most successful countries in receiving ERC grants are Great Britain, Germany and France. Slovakia (with more than €1 million) is in a similar position to Latvia, Malta and Serbia, and is significantly lagging behind the most successful ERC grant countries. This has been the main reason behind the organization of the ERC Day in Slovakia. For example, Finland, which is a country with a similar population to Slovakia, has received more than €130 million in 87 awarded grants. However, Finland spends 3% of its GDP on education, science and research, which is a level of support much greater than that which Slovakia invests in this area (approximately 0.8% of GDP).

“So far ERC grants have been awarded to a number of Nobel laureates, and a number of ERC grant recipients have become Nobel laureates themselves. The high level of competition in these grants is proven by the fact that even some Nobel laureates have not been successful in getting ERC grants,” said Comenius University Rector Prof. Karol Mičieta. “Comenius University will do all it can to contribute to forming a desirable environment for top-level scientists. I am convinced that we have significant potential and that we can join the list of ERC grant holders,” the rector added.

The initiator of the ERC Day in Slovakia is the Vice-Rector for Science and Postgraduate Study Prof. Peter Moczo, who expressed the conviction that this event and the visit of the ERC president to Slovakia would contribute to an increase in the level of success of our scientists in applying for ERC grants.

The first ever visit of ERC President Prof. Jean-Pierre Bourguignon to Slovakia will include a discussion on how to get involved and be successful when applying for the most prestigious and financially significant grants. The ERC Day in Slovakia takes place on 20 June 2016 (Monday) at 10 am in the Comenius University Auditorium (6 Šafárik Square, first floor) and will also feature a speech by Prof. Peter Plavčan, the Minister of Education, Science, Research and Sport of the Slovak Republic.

The ERC president and top-level ERC representatives will be available from 12.30 pm do 1.00 pm to answer questions from the media. 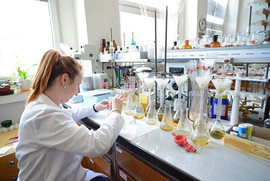