On Friday 30 September 2016, European Researchers’ Night, which is a unique scientific event, simultaneously took place in 33 countries throughout the continent. Fans of science, be they large or small, were educated and entertained by Comenius University and other exhibitors.

In their Test Your Cognition! stand, Comenius University psychologists explained how neuropsychologists studied cognition. The university’s geneticists and biochemists had a Biology and Chemistry of the Earth stand, which allowed visitors to see the nucleus of a cell, which is where genetic information is stored. The university’s anthropologists showed how many bones a human body contained and how ingeniously they are connected to each other. They also showed how to determine the sex and age of a skeleton. The Geoscience – the Earth’s Heart and Mind stand presented a diverse collection of rocks and fossils as well as the basic working tools of geologists. Visitors could also try their hands at working with the unique Georadar geophysical apparatus. The All of Us Are Multilingual stand sought to show children and others who are interested in plurilingualism how easy it can be to learn a number of foreign languages. At the Emotional Academy stand, experts from Comenius University presented the Emotion ID software, which is capable of recognising emotions from a human face. Visitors to the event, which took place at Bratislava’s Old Market Hall, could also test their knowledge about Comenius University, Slovakia’s oldest tertiary institution, at the Join Us in the Wealth of Learning stand.

In addition to the many stands, experts from Comenius University delivered a range of lectures from various scientific disciplines. Comenius University Vice-Rector, Professor Daniela Ostatníková from the Faculty of Medicine gave a lecture entitled I’m The Brain, Pleased to Meet You!

Mobile Phones – A Help or A Threat? and How Does the Human Brain Study the Human Brain? were topics which were covered by the Jessenius Faculty of Medicine in Martin at their scientific stands at Žilina’s Aupark shopping mall.


More information will be presented on European Researchers’ Night in the October issue of Naša univerzita (Our University) magazine.

More photos can be found on Comenius University’s Facebook page. 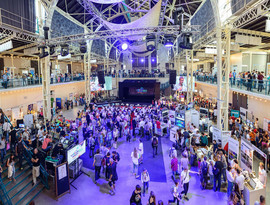 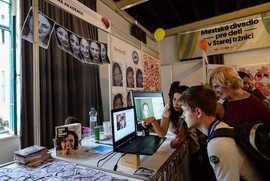 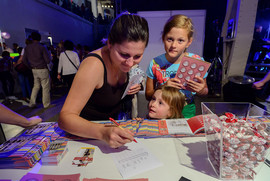 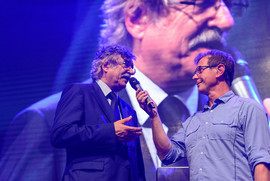