The Times Higher Education World University Rankings: Comenius University is once again among the best universities in the world

The Times Higher Education World University Rankings is one of the five most respected university evaluation systems in the world.

The Times newspaper evaluates universities worldwide according to qualitative and quantitative indicators. This year’s rankings presented an evaluation of the top 980 universities in the world.


“We are seeking further talent to join our top-level scientists and research teams, and to create for them the best conditions possible. We also hope to increase our scientific performance and the number of publications in top academic journals as well as their citation impact. Within the necessary criteria, we would like to get closer to the very best international standards,” said Comenius University Rector, Professor Karol Mičieta, who added that the scientific and research potential of Comenius University was proven by the fact that it is regularly included in rankings of the best universities in the world despite its considerably lower level of funding. 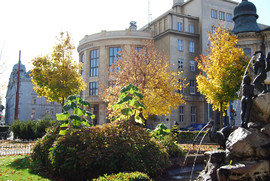