Bratislava, 19 August 2016: The ceremonial closing of the 52nd year of the Studia Academica Slovaca (SAS) summer school of Slovak language and culture took place on Friday 19 August 2016 in the Comenius University Auditorium. One hundred and fifty-three foreign students from thirty-two countries took part.

The SAS summer school ran for three weeks, starting on 31 July 2016. Students were divided into thirteen study groups, and the amount of direct tuition they received ranged from 90 to 120 hours. “The 52nd year of the summer school was held in an excellent working atmosphere and with a pleasant and friendly spirit,” said SAS Director, Dr Jana Pekarovičová.

On behalf of the university, the summer school graduates were addressed by Comenius University Vice-Rector, Dr Daniela Ostatníková: “We are very glad that your presence at the summer school has enriched our academic community, our city, and indeed all of Slovakia. I am convinced that your study and stay in Slovakia has brought you a lot of interesting experiences and that, in addition to essential linguistic knowledge and a few souvenirs, you will take away many pleasant memories as well as the joy of new friendships.”

The core theme of the 52nd year of SAS was “The Domestic and the Foreign in Language and Culture”. A rich educational, cultural and excursion programme was prepared for the students. In addition to language courses for beginners, intermediate and advanced students, there were specific courses for advanced students focusing on the linguistic, literary and translatological interpretation of texts. The organizers also paid a lot of attention to methods of teaching and promoting the Slovak language and culture. This is why the summer school included a methodological seminar focusing on the training of lecturers and teachers of Slovak as a second language.

The summer school included a tour of Bratislava, which aimed to identify what was local and what was foreign within the city, and the traditional three-day national history and geography tour of the Slovak regions, which was designed in such a way so that participants could acquire a realistic picture of both the history and the present day of Slovakia and its inhabitants.

Participants could also develop their communicative and artistic abilities in a lively way in creative workshops (focusing on theatre, film, creative writing, folk dancing, photography, singing, and the visual arts) under the name “Keď sa stretne naše s vaším” (When what is ours meets what is yours). The output of each workshop was presented at an intercultural event called “Sami sebe” (Ourselves) on 18 August 2016 in the Moyzes Hall in the Faculty of Arts building.

SAS is the oldest summer university course of Slovak as a second language in Slovakia; it began operating back in 1965. Since its beginning, the SAS has persistently maintained its academic character in the field of Slovak Studies. The SAS summer school of Slovak language and culture is aimed at foreigners working in the field of Slovak Studies and Slavic Studies, students studying at universities abroad, cultural workers, managers, teachers, translators, and all others who are interested in studying the Slovak language and culture. The courses aim to provide students with an opportunity to acquire and deepen their communicative ability in the Slovak language on a variety of levels and spread knowledge about Slovak linguistics, literature, history, and culture.


More photos from the ceremonial closing of the 52nd year of SAS: Comenius University on Facebook 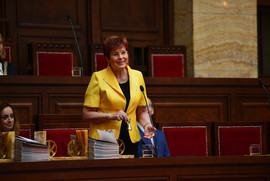 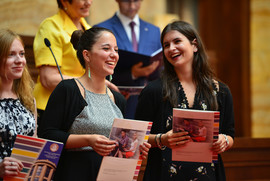 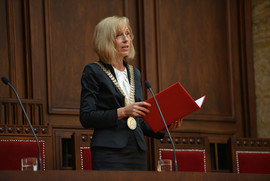 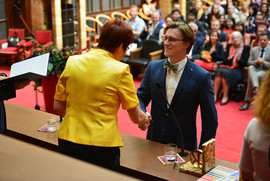