On Monday 1 August 2016 the 52nd year of the Studia Academica Slovaca (SAS) summer school of Slovak language and culture was ceremoniously opened in the Comenius University Auditorium. A total of 158 students from 33 different countries will learn Slovak at the school.

University Vice-Rector Professor Mária Patakyová welcomed the summer school participants on behalf of the university. "You will become the co-authors of the 52nd chapter in the history of the oldest summer language school in the field of Slovak Studies. The SAS has made a great contribution to the history of linguistic education in Slovakia. I am sure that the tradition and quality of Comenius University as well as the ardent teaching staff led by the SAS patron – its director, Associate Professor Jana Pekarovičová – will contribute towards your mastery of the Slovak language and your use of it both in your professional and private lives."

Jana Pekarovičová noted that most of the summer school participants were students of centres of Slovak language and culture (known as "lectorates") who had received scholarships from the Ministry of Education, Science, Research, and Sport of the Slovak Republic.

The Dean of the Faculty of Arts, Professor Jaroslav Šušol, also spoke to the assembled participants. “This event shows that for more than 50 years our alma mater has been one of the foremost universities in Europe, and indeed worldwide, where summer schools of this nature take place.”

The core theme of the 52nd SAS is The Domestic and the Foreign in Language and Culture. Students of the summer school can expect a rich educational, cultural and excursion programme of events. In addition to language courses for beginners, intermediate and advanced students, there are specific courses for advanced students focusing on the linguistic, literary and translatological interpretation of texts. This year the organizers are also paying a lot of attention to methods of teaching and promoting the Slovak language and culture. This is why the summer school will include a methodological seminar focusing on the training of lecturers and teachers of Slovak as a second language.

There will also be a tour of the capital city which aims to identify what is local and foreign in  Prešporok/Bratislava, as well as the traditional three-day national history and geography tour of the Slovak regions which has been designed in such a way so that participants acquire a realistic picture of both the history and present day in Slovakia and its inhabitants. There are four main parts to the excursion (technical, agrarian, artistic, and sacral) which include visits to well-known Slovak towns, cultural monuments, and nature reserves.

Participants can develop their communicative and artistic abilities in a lively way in creative workshops (focusing on theatre, film, creative writing, folk dancing, photography, singing, and the visual arts) which bear the name Keď sa stretne naše s vaším (When what is ours meets what is yours). The output of each workshop will be presented at an intercultural event called Sami sebe (Ourselves) on 18 August 2016 at 4.00 pm in the Moyzes Hall in the Faculty of Arts building. Those who successfully complete the summer school will receive certificates on 19 August 2016 at 11.00 am in the Comenius University Auditorium.

More information on the 52nd year of the SAS

The SAS summer school is the oldest summer university course of Slovak as a second language in Slovakia; it began operating back in 1965. Since its beginning, the SAS has persistently maintained its academic character in the field of Slovak Studies. The SAS summer school of Slovak language and culture is aimed at foreigners working in the field of Slovak Studies and Slavic Studies, students studying at universities abroad, cultural workers, managers, teachers, translators, and all others who are interested in studying Slovak language and culture. The aim of the courses offered is to acquire or deepen communicative ability in the Slovak language on a variety of levels and to spread knowledge about Slovak linguistics, literature, history, and culture. 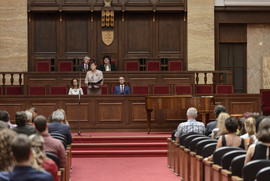 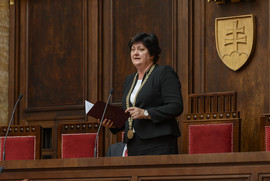 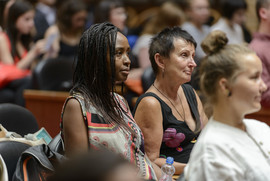 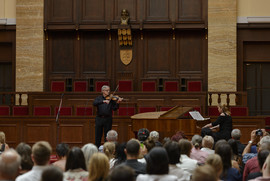