On the occasion of Slovakia’s presidency of the Council of the European Union, the Diplomatic, Economic and Academic Days event, which was held under the auspices of Princess Léa of Belgium, took place in Bratislava on 12 and 13 October 2016. Part of this event included an international conference held at Comenius University’s Science Park which featured the participation of Comenius University Rector, Professor Karol Mičieta.

The aim of the conference was to support agreements for joint activity and create a network of Slovak and Belgian business owners and universities.

The conference was opened by Comenius University Rector, Professor Karol Mičieta, who told the audience about the activities and vision of Comenius University’s Science Park. He said that the event was an opportunity to strengthen cooperation between universities and contribute to the fulfilment of the goals set out for Slovakia’s presidency of the Council of the European Union.

The conference programme included a presentation of the Science Park itself. The Science Park’s Director, Professor Ján Turňa, told the audience about the process of creating the park, its core functions and objectives, and the forms of partnership already underway. “The Science Park intends to increase the level of research in biomedicine at Comenius University and through its dynamic structure provide the greatest space possible for cooperative work among research teams at all the university’s faculties,” he said.

Comenius University organized this event in partnership with the Cercle International Diplomatique et Consulaire and the UNICA network, which is a leading institutional network of universities in Europe. The UNICA Secretary General, Kris Dejonckheere, emphasized the importance of internationalizing universities in her speech.

The conference also included presentations by František Simančík from the Slovak Academy of Sciences, Neulogy’s Peter Kolesár, Petra Dzurovčinová from the Slovak Alliance for the Internet Economy, and Gunter Gaublomme from the Brussels Diplomatic Academy of the Vrije Universiteit Brussel. 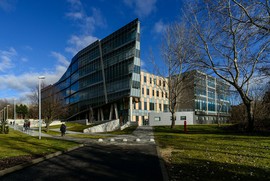 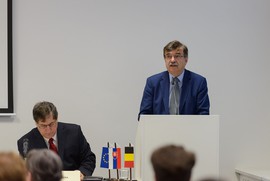 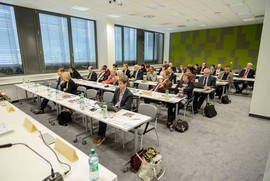