The event was called AmosFest 2021 and included discussions, stand-up performances, presentations of student associations and concerts. Comenius university enters the new academic year with a new visual identity. The new logos and visuals of the university, its faculties and its units were presented during AmosFest.

"We have learned a lot in the past three semesters, and we have done better than anyone else. Let us stay on this course. Let us not pity ourselves, let us not curse the times we live in, but let us try and make them more bearable, and improve ourselves in the process," said the rector of Comenius University Marek Števček in his opening address.

In the new year, the university will admit nearly 25,000 students on all levels of study, some 3,200 of whom are from abroad. These figures are higher than last year, but the final numbers of students will only be known at the end of October because enrollments at faculties are still ongoing. Most new students enroll at the Faculty of Natural Sciences and the Faculty of Arts. Most international students are from Germany, Ukraine, Norway, Austria and Iran.

Faculties will apply various modes of tuition; it is their deans who have the last word. The Faculty of Law has opted to go fully online. At others, tuition will be combined: lectures will be held remotely and practical education such as exercises, seminars, internships or practical work will be held on-site. Faculties with a smaller number of students have opted for on-site teaching.

The Traffic Light for Tuition at CU allows a maximum of 50 people in a room in its green and orange stage, but reduces the maximum allowable room occupancy to 20 in the red phase and only allows essential subjects to be taught on-site in the magenta stage. Some faculties attempt to schedule those subjects that have a practical component and require on-site presence, at the beginning of the semester. 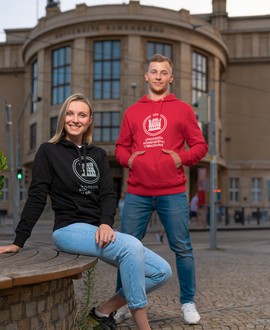