The Google Hash Code 2017 world final took place on 1 April 2017 in Paris. The competing teams had a limited time to solve a given practical optimization problem to the best of their ability. In the qualifying round of the competition, teams had to resolve the issue of minimalizing the latency of video streaming through the use of appropriate caching using data centres placed around the world.

The Comenius University team managed to improve on their qualifying result, and in a brilliant finish they secured tenth place. The overall winner was a team from AIM Tech in Russia.

"This successful team from the Faculty of Mathematics, Physics and Informatics, which has managed to make its mark in an extremely difficult international competition, is not only a wonderful indication of the quality of our teachers but also an inspiration for future students from the ranks of those interested in commencing the difficult but unique studies the faculty offers. They will now have the opportunity for an interesting career development and a prestigious profession, and they will have a good lifelong feeling from having competed," said Comenius University Rector, Professor Karol Mičieta. 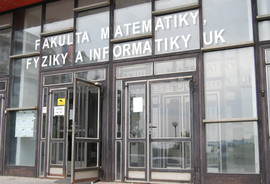 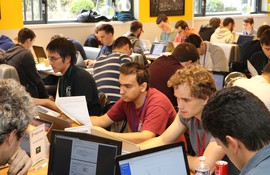