The discussion on areas of potential cooperation between Comenius University and Chinese university partners and companies focused on the possibilities for applied research offered at the Comenius University Science Park at Mlynská dolina and the success of the university in using research results in industry and for the benefit of all of society. Both sides showed an interest in expanding and deepening partnerships in the area of exchanging students, doctoral researchers, and young scientists as well as in creating joint laboratories and working together on joint scientific projects.

State Secretary Li Meng informed the meeting about the freshly-signed bilateral governmental grant agreement with the Ministry of Education, Science, Research and Sport of the Slovak Republic, which should significantly enable this cooperation to prosper. 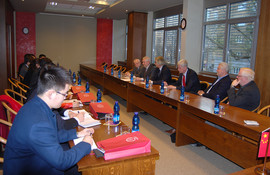 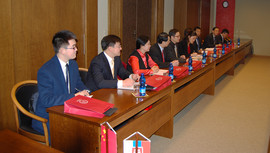