On 15 November 2017 there was a commemorative event in front of the historical building of Comenius University to remember the Bratislava students’ march of 16 November 1989.

Participants in this annual event were addressed on behalf of the Comenius University leadership by the Vice-Rector for Development, Associate Professor Vincent Múcska, who emphasized the importance of the events of November 1989. “We have to recognize that despite all the difficulties, mistakes, attempts to wield power in an autocratic and criminal fashion, and rampant protectionism and bribery, the last twenty-eight years in our history have been a success. We must also believe that so long as we continue to apply the centuries-old idea of cultured Western-European democracy, we will be able to continue writing this story,” said the vice-rector.

We have forgotten that democracy is not for the passive; it is a permanent struggle for one’s own freedom and the freedom of others, and with infantile ease we are giving more and more space to demagogues dressed in the most varied shades of brown, red or green. And so we have come to the state where, a quarter-century after November 1989, it has ceased to even be a moral obstacle to the top positions in the public sphere that someone was an active informer or even an agent of the Communist secret service, which knowingly harmed people,” stressed the vice-rector in closing.

This year the commemorative event took place as a part of the Festival of Freedom (6 to 23 November 2017). It included the opening of the “Hungarians in Soviet Camps 1944–1956” exhibition, which is accessble to the public in the vestibule of the historical building of Comenius University at 6 Šafárik Square in Bratislava until 30 November 2017. 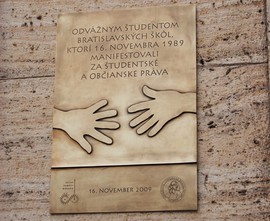 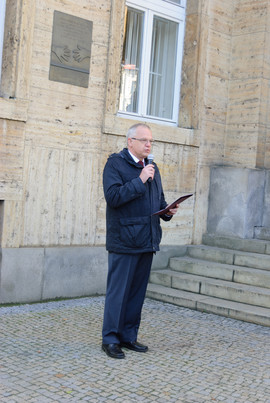 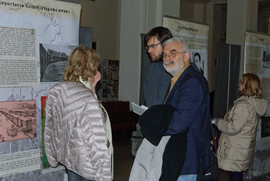