On Monday 2 October 2017, there was a ceremonial event in the Rector’s Hall in Comenius University in Bratislava where a Comenius University Gold Medal was awarded to Cardinal Kurt Koch, President of the Pontifical Council for Promoting Christian Unity.

Cardinal Koch received the medal for his personal contribution to developing Christian theology, his internationally significant publication activity, and his fantastic personal input into deepening dialogue between nations and followers of various religious faiths.

"Globalization offers new opportunities as well as new challenges," said Comenius University Vice-Rector, Professor Daniela Ostatníková. "The main purpose of Comenius University, as the oldest and largest Slovak university, having been established in 1919, is to contribute to the wealth of knowledge and to society. Our university is a significant flagbearer of humanism and moral and ethical values in the spirit of John Amos Comenius, who said that we are all citizens of one world and that we are all of one blood," the vice-rector said.

"Thank you for this prestigious medal. It is a great honour," said Cardinal Kurt Koch, who will always associate the medal with his visit to the beautiful city of Bratislava. The cardinal praised Comenius University’s role in education, science, and research as well as in the area of spreading spiritual values through the Faculty of Roman Catholic Theology of Cyril and Methodius and the Evangelical Lutheran Theological Faculty.

Cardinal Koch commented on the beatification of the priest Titus Zeman, who was persecuted by the communist regime and imprisoned for many years because of his faith and pastoral service. “Let the example of the venerated Titus inspire and enliven the formation of the younger generations in our interests," he said to the university’s academic community.

"Creating a common future is not possible without reflecting on the past," the cardinal said.

The event at Comenius University took place during the cardinal’s trip to Slovakia from 1 to 3 October 2017. The cardinal also spoke at the 2017 NAPS International Ecumenical Concert, met with a number of government officials and church leaders, and visited Ľutiny, which is the largest Greek Catholic place of pilgrimage in Slovakia, as well as Prešov. 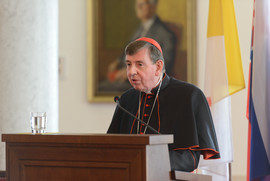 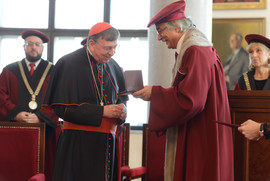 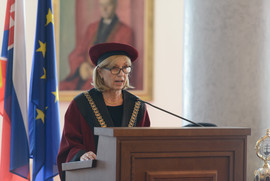 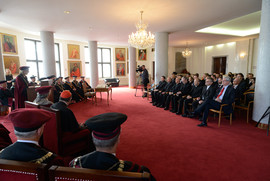