On 18 September 2017, during the 6th Asia-Pacific Symposium on Radiochemistry on the island of Jeju in South Korea, Professor Pavel Povinec from Comenius University’s Faculty of Mathematics, Physics and Informatics was awarded the prestigious Hevesy Medal Award for 2017.

This award, which is named after the renowned Hungarian radiochemist George de Hevesy, who received the Nobel Prize for Chemistry in 1943, is recognition of the scientific results of Professor Povinec in the field of nuclear sciences, the development of ultrasensitive radioanalytical and acceleration technologies, and their application in the research into environmental processes and rare nuclear transformations. This award has been given every year since 1968 and is awarded by the International Committee on Activation Analysis (ICAA) and Conference Modern Trends in Activation Analysis (MTAA) with the support of the Springer publishing house.

Professor Pavel Povinec contributed to a great degree towards the building of a unique accelerator centre at the Faculty of Mathematics, Physics and Informatics at Comenius University in Bratislava which is focused on the analysis of nuclear processes in instances of low energy and on the application of radionuclide and ionic analytical methods. The most important results include the development and use of new ultrasensitive accelerator and radiometric methods for the identification of sources of the background of detectors operating in underground laboratories which research rare nuclear processes with the aim of determining the weight of neutrinos and verifying the validity of laws of preservation in subnuclear physics, which would mean the existence of a new physics beyond the standard model and which would therefore have a significant impact on the further development of inquiry in the field of physics. The developed methods of measurement of very low concentrations of radionuclides allowed Professor Povinec to influence research in the area of environmental radioactivity to a significant degree. This is particularly the case in the evaluation of the global and regional radiation situation after the accident at the Fukushima nuclear power plant and the subsequent analysis of radioactive pollution of the atmosphere, Japanese coastal waters, and the waters of the Pacific Ocean as well as in the acquisition of the first published results on radiation exposure for the inhabitants of Japan as well as other countries in Asia, America, and Europe as a result of the consumption of seafood which was contaminated by radionuclides from the Fukushima incident. 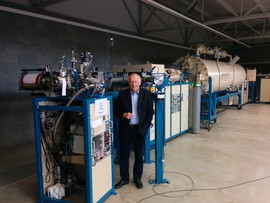 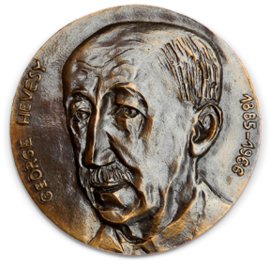