On Monday 7 August 2017, the ceremonial opening of the 53rd Studia Academica Slovaca summer school of Slovak language and culture took place in the Moyzes Hall at the Faculty of Arts of Comenius University. One hundred and fifty-seven participants from 35 countries have applied to attend this year’s summer school.

On Monday 7 August 2017, the ceremonial opening of the 53rd Studia Academica Slovaca summer school of Slovak language and culture took place in the Moyzes Hall at the Faculty of Arts of Comenius University. One hundred and fifty-seven participants from 35 countries have applied to attend this year’s summer school.

Most students are from lectorates of Slovak language and culture who are holders of scholarships from the Ministry of Education, Science, Research, and Sport of the Slovak Republic. In addition, six scholarships were provided by Comenius University, two by the Slovak Academic Information Agency, and one participant from Burundi has had study costs met by the Faculty of Arts of Comenius University. Another 28 participants are attending the summer school at their own expense. The oldest participant is a 70-year-old Frenchwoman, who is retired. The largest number of participants come from Italy, (16), followed by Hungary (13), Germany (12), Poland (12), and the United States (11).

The central theme of this year’s summer school is to reflect upon the shapes and faces of Slovak society in transformation, and remember the important anniversaries of historical events and the personalities of Slovak culture in a national and European context, said the summer school director, Dr Jana Pekarovičová. “Participants have been divided into thirteen study groups: beginners, lower intermediate, and upper intermediate, as well as four groups for advanced students,” Pekarovičová said.

“The Studia Academica Slovaca summer school is more than just a language course. It is a chance to become an observer and proper participant in culture,” said the Dean of the Faculty of Arts of Comenius University, Professor Jaroslav Šušol, at the ceremonial opening.

The summer school participants were also addressed by Comenius University Vice-Rector, Associate Professor Vincent Múcska: “A lot of you are here once again, and you have come back because a lot of nice and clever things await you. Those of you who are just at the beginning of this journey which will acquaint you with the Slovak language and culture are maybe not yet quite so sure about your decision; maybe you are shaking your head at why you decided to try and learn the language of a nation of only five million people, and a language which is apparently one of the most difficult in the world. But don’t believe such talk: such a claim is only made by those who know no other language than Slovak itself. I mean, how can Slovak be the world’s most difficult language when it only has seven cases, which are not even complete. After all, Finnish has fourteen to fifteen cases. Why should our language cause you exceptional problems when Romance and Germanic language need to use a multitude of past tenses and Slovak only really needs one? We also respect natural grammatical gender; it is only very occasionally that this is not the case. Slovak is not like Irish, where the most feminine word, “woman”, is actually masculine, or German, where it is neuter.”

In association with administrators and experts, the summer school’s organizational team has prepared for participants a rich educational, cultural, and national geography and history programme which will take the form of lectures, seminars, and presentations at the faculty as well as the form of excursions. Successful graduates of the summer school will receive certificates at the school’s closing ceremony on 25 August 2017 at 11 am in the Moyzes Hall.

More photographs from the ceremonial opening of the 53rd year of Studia Academica Slovaca can be found on Comenius University’s Facebook page.

***
Studia Academica Slovaca is the oldest summer university course of Slovak as a second language in Slovakia; it began operating back in 1965. Since its beginnings, the school has persistently maintained its academic character in the field of Slovak Studies. This summer school of Slovak language and culture is aimed at foreigners working in the field of Slovak Studies and Slavic Studies, students studying at universities abroad, cultural workers, managers, teachers, translators, and all others who are interested in studying the Slovak language and culture. 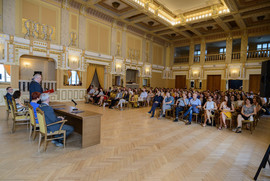 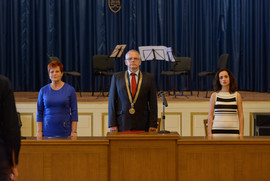 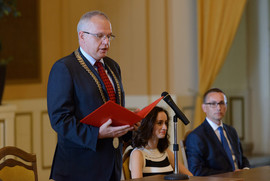 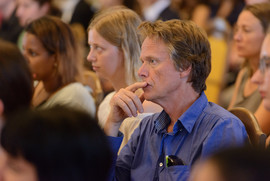