The Academic Community at Comenius University Commemorates the 1968 Occupation

On Monday 21 August 2017, there was a commemorative event in front of the Comenius University historical building to acknowledge the occupation of Czechoslovakia by Warsaw Pact armies in 1968.

The Comenius University Rector, Professor Karol Mičieta, highlighted the importance of that fateful day in 1968 and of commemorating its victims. “The academic community is rightfully researching, remembering, and interpreting the events, and it has to clearly explain and do everything it can for following generations so that they do not forget this major event in Czechoslovakia’s history,” he said.

In acknowledging the 49th anniversary of the occupation, Dr Ondrej Krajňák from the Nation’s Memory Institute clarified the essence of the government in the late 1960s which had tried to assert a form of democratic communism. He outlined the historical facts which preceded the invasion of Czechoslovakia by neighbouring armies. He also pointed out that any form of intervention by demonstrators against the occupying armies was doomed to fail, and he mentioned the considerable material losses. Many citizens who tried to find a sense of security beyond the nation’s borders were able to return to their native land only after the twenty-year occupation had ended. In conclusion, he appealed to people to “remember” the occupation, given the current expression of extremism in the service of a similar totalitarian ideology: “Those who remember a lot will not allow any such totalitarian regime to return,” Dr Krajňák said.

Pavol Frešo, the governor of the Bratislava Self-Governing Region, talked of the “suffocation of democratization efforts” in Czechoslovakia, whose legacy in today’s democratic society has a preventative effect.

***
On 21 August 1968, 15-year-old Danka Košanová, 29-year-old Stanislav Sivák, and 45-year-old Captain Ján Holík were shot and killed by the occupying forces on the spot where the commemoration took place. The commemorative event by the memorial plaque paid tribute not only to these three victims, but to all victims of the occupation. 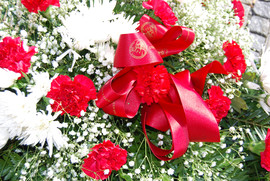 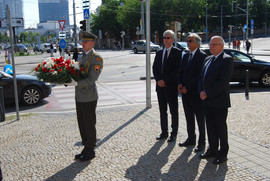 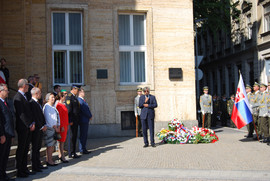 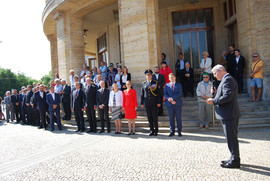