On 13 February 2019, the philosopher, university teacher, and columnist Professor Miroslav Kusý, who was the Comenius University rector from 1990 to 1991, died at the age of 87.

Miroslav Kusý was born on 1 December 1931 in Bratislava. He graduated from the Faculty of Philosophy and History at Charles University in Prague. While first working at Comenius University from 1959 to 1962, he introduced the first systematic course in Czechoslovakia on the Marxist theory of knowledge at the university's Faculty of Arts. For both undergraduate and postgraduate students at the Faculty of Natural Sciences, he also developed the concept of teaching philosophy within the context of the natural sciences. In later years he focused on human rights theory and ethnic minorities. In 1977 he was one of the first three signatories to Charter 77, which demanded that the socialist Czechoslovak government respect human rights.

He was dismissed from the university and expelled from the Communist Party. During the period of normalization, he worked as a labourer. In 1989 he even spent ten weeks in prison, having been charged of “betrayal and subversion of the republic”.

During the Velvet Revolution, he became a deputy leader of Public Against Violence (VPN). He was also the chancellor for President Václav Havel in Slovakia and a member of the Federal Assembly of the Czech and Slovak Federative Republic.

During his life, he received several awards for his activities. He was the author and co-author of many published works.

May he rest in peace.

The final farewell to Professor Kusý will take place on Tuesday 19 February 2019 at 10 am in the Comenius University Auditorium in Bratislava (on the first floor of the university building at 6 Šafárik Square), and then at 2 pm at the Bratislava Crematorium. 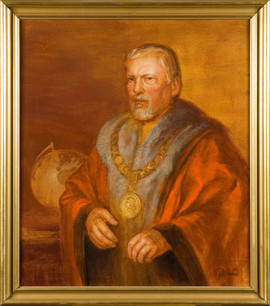 Professor Miroslav Kusý was the Comenius University Rector from 1990 to 1991.