An Exhibition Presents Interesting Facts about the History of Comenius University

On 26 March 2019 an exhibition entitled “What You (Do Not) Know About the University”, which contains many interesting facts about Comenius University’s history, was launched in the foyer of the university’s main building on Šafárik Square.

The exhibition was opened by Radomír Masaryk, who is the Vice-Rector for External Relations. He expressed pleasure at the level of public interest in this type of exhibition and also thanked Mária Grófová, the head of the Comenius University Archive, for preparing the exhibition.

The exhibition was a small and intricate maze, because the history of the university had not always been easy, Grófová said. She explained how the exhibition came to fruition and presented the thematic units that naturally emerged from designing it. “I believe that this exhibition will help young people open their eyes a little, so that they can learn to be proud of the university they are studying at as they read the information on these panels. At the same time, I hope that those who have been working here for many years will remember things they have forgotten. I would very much like everyone who stops by the exhibition to find something that enriches them. And maybe they will become engrossed in the archival documents that we read and process every day as we put together the fragments of the life and history of our university,” she added.

Through the panels, which answer questions beginning with “Did you know that ...?”, visitors will be able to acquaint themselves with particularly interesting aspects of the history of Slovakia's oldest and largest university, which this year celebrates 100 years since its creation.

People will learn that the university has had multiple names over its existence and that its main building on Šafárik Square, which began construction at the beginning of the 1930s, was originally designed as a grain exchange, and that the name “Lafranconi” is inherently linked with the dormitory of the Faculty of Physical Education and Sport. It is actually a mutation of the name of an Italian engineer and inventor who came to Bratislava at the end of the 19th century.

The panels also offer answers to how many different degrees the university has given since its inception as well as interesting facts about the granting of honorary degrees and about the rectors as well. Visitors can visit the exhibition until the end of June. 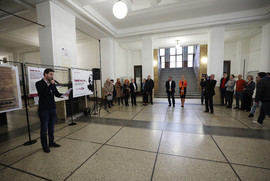 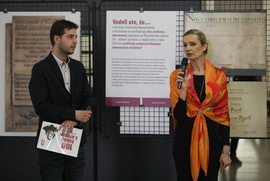 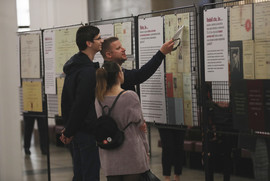