Bratislava, 17.9.2019: The Faculty of Medicine of Comenius University is currently celebrating its centennial, and a time capsule was buried in the area near the dean's office of the faculty with a message and documents for future generations as a part of events held over three days. In addition, a tulip tree was planted.

The time capsule was buried by the rector of Comenius University, Marek Števček, alongside Juraj Šteňo (the faculty dean) and Juraj Payer (the vice-dean). The capsule contains messages and artefacts for future generations in several historical and contemporary documents. The faculty's management wanted to honour past and future generations in such a way, and leave an important legacy.

-          2012 certificate from culture minister Marek Maďarič as recognition of the cultural heritage and domestic and international reputation of the Bratislava Medical Journal, which has been published since 1921

-          personal letter from the faculty’s dean to future generations

-      copy of the Trend weekly magazine published for the 37th week of 2019, which includes an interview with the dean and which contains the faculty’s opinions and positions concerning the state of health care in 2019 and the state of the faculty as well as its activities and tuition

-          commemorative medal which was proposed and made for the occasion of the centennial of the faculty and which will be presented to important personalities during the celebrations (size of the medal: Ø 100 mm, material: tombak brass alloy, weight: 600 grams, author: academic sculptor Marián Polonský, place of manufacture: the Kremnica Mint)

-          neurological hammer (the faculty dean is a neurosurgeon)

The one hundred years of the academic existence of the Faculty of Medicine of Comenius University  began on 21 September 1919. The initiative to establish and develop a national university in Bratislava was primarily the work of a Czech group of doctors led by Professor Kristián Hynek, who became the first rector of Comenius University. Together with a team of selected doctors, he established the first management of the faculty and appointed its teaching staff 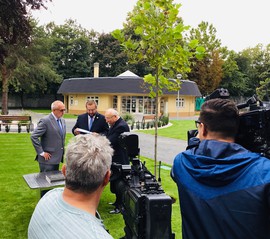 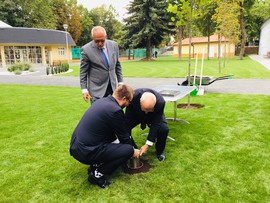 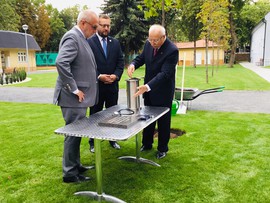