THE WORLD-RENOWNED CHEMIST BEN FERINGA, THE CREATOR OF THE MOLECULAR CAR, IS COMING TO SLOVAKIA

Bratislava, 4 September 2019: Professor Ben L. Feringa, a winner of the Nobel Prize in Chemistry and a teacher at the University of Groningen in the Netherlands, will visit Slovakia from 8 to 10 September 2019. At 10 am on Monday 9 September, Comenius University rector Marek Števček will present Professor Feringa with a Grand Gold Medal in the Comenius University Auditorium upon the recommendation of the university's Faculty of Natural Sciences. On the following day, Professor Feringa will receive a Gold Medal from the Slovak Chemical Society, which is based at the Slovak Academy of Sciences, at the 71st Congress of Czech and Slovak Chemists, which will be held in the town of Starý Smokovec, where he will also deliver a lecture.

Ben Feringa is a specialist in molecular nanotechnology. In 2016 he was awarded the Nobel Prize in Chemistry alongside Professor Jean-Pierre Sauvage and Sir J. Fraser Stoddart for the design and synthesis of molecular machines. This most prestigious award was recognition of their work in the design of the structure and synthesis of controlled-motion molecules that can perform certain tasks when they are supplied with energy and in the development of “molecular machines”.

“In the chemical sciences, research across the borders of what is known provides an immense and unexplored area for experiencing joy from discovery,” says Feringa. “In recent decades, chemists have had exceptional success in building miniature objects, essentially molecules. The shift from molecules to dynamic molecular systems is a fundamental challenge in controlling and purposefully using movement on the nano-level,” he continued. At Comenius University, Professor Feringa will discuss his impressions about his journey in the world of molecular switches and motors.

Feringa’s research later progressed towards photochemistry as well as molecular switches and motors. Molecular switches are molecules which are capable of reacting to an external stimulus, for instance, by changing their form as a result of the effects of light. This led to the construction of the “molecular nanocar”, which is a vehicle constructed from a single molecule capable of movement in a certain direction. “The discoveries by Ben Feringa are important for the effective preparations of medicines and the development of smart medicine, reactive materials, and the construction of soft robots,” Professor Šebesta added.

“The point of science is to look for answers, find a better and more healthy life,  and make everyday activities easier. The work Professor Feringa has done is specifically about these issues. Science needs to have a practical application outside of the laboratory, and it should not remain in it,” said Comenius University rector Marek Števček. “Our university undertakes scientific endeavour on a level which is respected in Europe. And proof of this is the work of our academics with those in Ben Feringa’s team. I am very pleased that a scientist of such calibre is visiting our university,” he added.

Professor Feringa has been invited by the Slovak Chemical Society. His visit to Slovakia is also supported by Comenius University in Bratislava, the Embassy of the Kingdom of the Netherlands in Slovakia, and the ESET Foundation as a part of ESET Science Award project.

This event will take place in the Comenius University Auditorium on 9 September 2019 and will be simultaneously interpreted between Slovak and English.

Become a part of this event on the CU Facebook page.

Participation should be confirmed by writing to rsvp@uniba.sk. 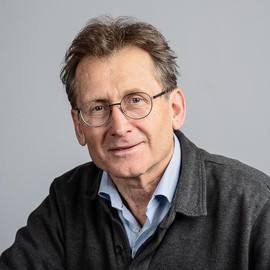