“Today we are standing on a spot that belonged to many nameless heroes 51 years ago,” said Prime Minister Peter Pellegrini. “They came to the squares, where they often did not hesitate to confront the invading army tanks with their own bodies. History has tragically recorded those 37 particular people who paid with their own lives during the military intervention. Today, these wasted human lives are a warning to solving any social situation by brute force or aggression,” he said.

Comenius University rector Marek Števček highlighted three moments which he personally associates with the events in 1968. Among these was 17-year-old Danka Košanová, the world-famous photograph by Ladislav Bielik of a man baring his chest in front of a tank, and the silent protest of Věra Čáslavská. “Freedom is the most fundamental value of our civilization, and our most important duty is to speak out when we lose it. Freedom can be lost in an instant, as in August 1968, or gradually and creepingly, which could happen now. It is essential not to remain silent but to speak out, even if with a silent undefeated gesture of pride,” said the rector. 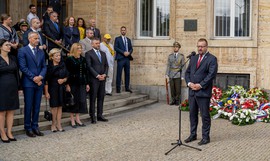 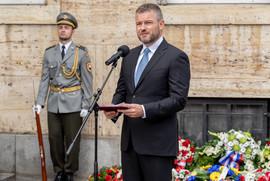 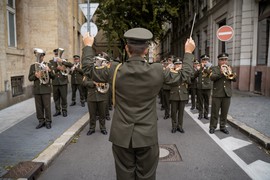