On 9 and 10 September 2019, Professor Ben L. Feringa from the University of Groningen, who is a winner of the Nobel Prize in Chemistry, will visit Slovakia. On Monday 9 September, Comenius University rector Marek Števček will present Professor Feringa with a Grand Gold Medal upon the recommendation of the university's Faculty of Natural Sciences. On the following day, Professor Feringa will receive a Gold Medal from the Slovak Chemical Society at the 71st Congress of Czech and Slovak Chemists, which will be held in the town of Starý Smokovec.

Ben Feringa is a specialist in molecular nanotechnology. In 2016 he was awarded the Nobel Prize in Chemistry alongside Professor Jean-Pierre Sauvage and Sir J. Fraser Stoddart “for the design and synthesis of molecular machines”. This award was recognition of their work in the design of the structure and synthesis of controlled-motion molecules that can perform certain tasks when they are supplied with energy and in the development of “molecular machines”.

Originally, Feringa focused on asymmetric synthesis, where he developed effective catalytic approaches based primarily on the use of chiral phosphoramidite ligands (the most effective of which is now called the “Feringa ligand”) in metal-catalysed reactions. Feringa developed copper-catalysed additions and substitutions in this field. In the 1990s he became more interested in photochemistry, and from there he found a direct path to the construction of the first molecular rotor. He then managed to develop the “molecular car” (nanocar), which is controlled by electrical impulses.

Feringa has so far published more than 830 scholarly works, with many of them appearing in the most prestigious scientific journals. He also holds thirty patents. The originality and significance of his scientific endeavours, however, is best documented by the citations of his works. The scientific works of Professor Feringa have been cited more than 50,000 times, and his h-index score of 112 is further evidence of his extraordinary contribution to scientific knowledge.

His collaborators in research include a group at Comenius University led by Professor Radovan Šebesta. Feringa greatly enjoys explaining his research to students at Dutch high schools.

The event will take place in the Comenius University Auditorium on 9 September 2019 and will be simultaneously interpreted between Slovak and English.

It is necessary to RSVP at rsvpuniba.sk. 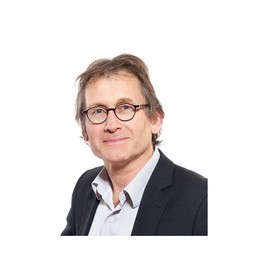