The winner of the fifth edition of the Medical Student of the Year competition, which is organized by the Svet zdravia network of hospitals, is 25-year old Lukáš Weiss from Comenius University’s Jessenius Faculty of Medicine in Martin.

The final of the Medical Student of the Year competition took place on 24 March 2019 in Humenné. This professional competition is for fifth- and sixth-year students from medical faculties and involves dealing with both theoretical and practical matters in real hospital conditions. In the practical workshops, the finalists had the opportunity to try and resuscitate and put a tube into a new-born baby dummy. Through keyhole surgery, they operated on joints with the help of an arthroscopic camera and also had to deal with handle acute bleeding into the digestive tract.

The winner of the competition was Lukáš Weiss, who is currently in the sixth year of studies. He did not expect to do so well. He managed to score a total of 132 points out of a total of 147 and was the best of the twenty finalists. “I really wasn't expecting it. I felt the practical things didn't go the way I would have expected. So I'm really happy. This competition was important for me,” Weiss said. In the future, he is considering specializing in either cardiology or gastroenterology.

“We organize the competition every year to inform medical students about trends in modern medicine and to learn from them what problems they see in health care and what their priorities and opinions are,” said the general manager of ProCare's Svet zdravia network of hospitals, Vladimír Dvorový. 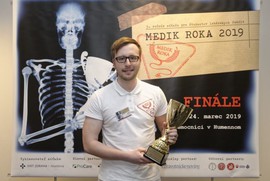 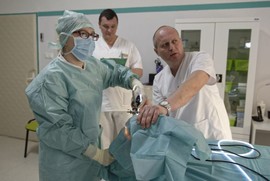