The History of Transylvania is Presented by Rector Pop from Cluj

On 14 March 2019 at Comenius University, Ioan-Aurel Pop presented his publication entitled Dejiny Sedmohradska (A history of Transylvania), which deals with the formation of the modern Romanian state after the First World War. He worked on the book alongside Ioan Bolovan. Ioan-Aurel Pop is the rector of Babes-Bolyai University in Cluj-Napoca, Romania, and the Chairman of the Romanian Academy. The Slovak translation of the book, which involved experts from Comenius University, was launched at the event.

With the participation of Comenius University rector Marek Števček, the history of Transylvania and the new political architecture of Central and Eastern Europe after the First World War was presented to those gathered. Romania has a Latin history, but geographically it is relatively far from other Latin countries like France, Spain, and Italy. Up to 80% of words in Romanian are words from Latin, whereas 15% have a Slavic basis and a smaller percentage comes from Hungarian, Turkish, and the East. Pop said: “Languages are the most important bearers of historical information. Europe’s wealth is based on the wealth of local languages. We need to defend our languages, because cultural life without them would be very boring.”

Today Transylvania is a part of Romania and Europe, but more than anything else it is a homeland for all its inhabitants. It is the only place in Europe where an Orthodox church from Byzantine times stands next to a Romanesque basilica and a Gothic cathedral, where there is more Baroque architecture, and all these buildings are near a synagogue. It is the only place where a citizen of Orthodox faith lives only a few steps away from a Greek Catholic, Roman Catholic, Calvinist, Lutheran, or member of the Uniate church. Such facts reveal the reality of peaceful coexistence and absence of conflict.

Professor Ioan-Aurel Pop is the author and co-author of more than eighty books, scholarly works, and textbooks as well as more than seven hundred articles and studies, including the Illustrated History of Romanians for Young People (Litera, 2018) and History, Truth and Myths (third edition, Școala Ardeleană publishing house, 2018). He is a member of several foreign academic academies and societies such as the European Academy of Sciences and Arts in Salzburg (Austria), National Academy of Virgil in Mantua (Italy), the Atheneum in Venice (Italy), and the European Academy of Sciences, Arts, and Philosophy in Paris (France).

The event was organized by the Romanian Cultural Institute in Vienna alongside the Romanian embassy in Bratislava and Comenius University. 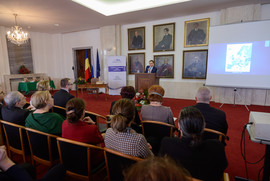 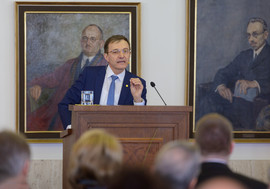 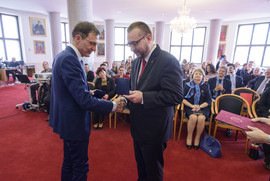 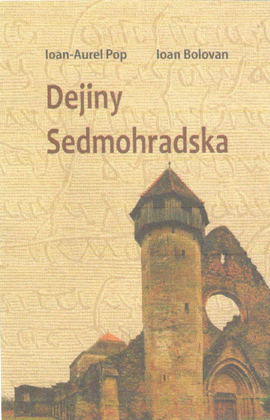