“Given the level of financing of education and scientific research in Slovakia, it is remarkable that Comenius University is included among these excellent universities. We are among the world’s best when it comes to the natural sciences in particular. In am confident that over time we will also establish a reputation in other areas as a respected institution which can offer the world its high-quality and experienced experts,” said Comenius University rector, Marek Števček.

The evaluation identified 134 elite scientific journals in 45 fields, 26 top awards in 23 fields, and 17 top conferences in information technology and engineering. This survey involved over 450 professors from 80 universities in 15 countries who work in 56 areas of research. ShanghaiRanking Consultancy has released these university rankings since 2009. 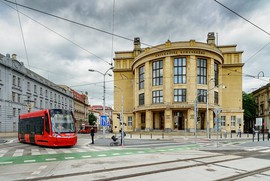