Bratislava, 25 March 2019: Comenius University in Bratislava, which is Slovakia’s largest and oldest university, will celebrate its 100th anniversary from 26 to 28 March 2019 with the student-focused event “100 Years with Amos”, which will take place at the main university building on Šafárik Square. In addition to two exhibitions, students can enjoy interesting lectures and discussions; hitherto unknown aspects of faculties will be revealed, and a busy programme of events has been prepared.

The main day of the celebrations will be on Wednesday, when the main building will host events from morning until 4:15 pm. Sajfa and Adela will come back to their old university to record their YouTube show Level Lama. Then Sajfa will “grill” rector Marek Števček. Students can enjoy motivational talks by Veronika Velez-Zuzulová, Daniel Hevier, Marek Šándor, and Michal "Ego" Straka; a lecture about the 100 years with Forbes magazine; and a talk on how to learn languages. The university will present successful students such as the start-up founder Martin Pekarčík and the stand-up artist Nasi Mothlagh, who is from Iran. Visitors can enjoy moderated discussions about ice hockey, environmental science, and GMOs. The Auditorium Maximum will host unconventional lectures conducted by experts from Comenius University. Topics will include such things as the effects of a balanced diet, Ying energy, playing with electric currents, why we are unfaithful, and superstitions of the modern era.

During an Open Day it will be possible to visit faculties which will reveal corners you would not normally reach, and which have prepared a range of interesting activities. At 11 am and 12:50 pm it will be possible to observe a mock court trial at the Faculty of Law, and 12 pm there will be a debate on the European Union. Crime exhibits will also be on display. The Faculty of Arts on Gondova Street will display a collection of archaeological discoveries at the Library of the Department of Archaeology throughout the day alongside expert commentary. From 10 am to 4 pm people will be able to visit a display of 2500 minerals, meteorites, tektites, and crystals in the Mineralogical Museum of Comenius University at the Faculty of Natural Sciences. The Faculty of Mathematics, Physics, and Informatics will present its research laboratories, including the Centre for Nuclear and Acceleration Technologies, the Laboratory of Biomedical Physics and Biophysics, the Meteorological Station, and the Centre of Excellence for the Physics of Complex Systems. In the case of good weather, it will be possible to observe the Sun from 4 pm and from 7 pm the night sky with a special filtered telescope. From 8:30 am to 1 pm, the Faculty of Roman Catholic Theology of Cyril and Methodius on Kapitulská Street will open the small auditorium, where the first rector's inaugural speech was given in 1919 and the Great Assembly Hall, which served the university until the present main building with auditorium was built on Šafárik Square.

There will also be a "Sports Day" at Mlynská dolina and at the Faculty of Physical Education and Sport. This event will be opened by rector Marek Števček at Mlynská dolina on Wednesday at 8 am. The overall winner will be the faculty (association) which accumulates the largest number of points from these individual sports categories: futsal, 3-on-3 basketball, floorball, table soccer, chess, headis, and badminton. The Rector's Cup will be awarded to the winning faculty by the rector on Thursday in the main building's foyer.

“100 years with Amos” will feature the cutting of a birthday cake on John Amos Comenius’s birthday on 28 March. A cake tasting is open to all in the foyer of the main building at 1 pm. You can come and take a photo with a live statue of Comenius as well as experience a range of other activities from the morning onwards.

Details about the programme of events can be found at https://amosfest.sk/uk and on the 100 rokov s Amosom Facebook event.

The university will continue it celebrations from 9 to 12 May with AmosFest and from 26 to 28 June with core celebrations of the establishment of the university. In June there will be an exhibition about the university at the Bratislava City Museum on Radničná Street as well as a ceremonial academic gathering in the Comenius University Auditorium which will include an awards ceremony. In honour of the 100th anniversary, the university has issued a commemorative medal with the likeness of John Amos Comenius. The National Bank of Slovakia will issue a silver collector´s coin in June with a nominal value of ten euros. There will also be a special postage stamp issued by Slovenská pošta with a nominal value of 1.90 euros and with a print run of 200,000 to mark the anniversary. 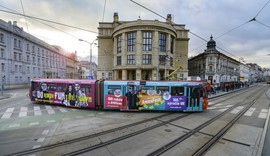 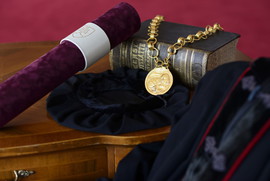 The exhibition of Comenius University insignia will take place from 27 to 28 March in the Rector’s Hall in the main building on Šafárik Square. 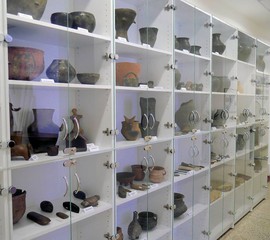 The Faculty of Arts will present its collection of archaeological discoveries.