Comenius University is supporting 288 projects for young scientists to the value of 273,760 euros

Bratislava, 9 May 2016: Today in the Comenius University Auditorium, CU Grants were awarded for the twentieth time in order to support the scientific, educational and artistic projects of research workers, teachers and internal doctoral students at Comenius University who are 30 years of age and younger. This year CU Grants were awarded to 288 projects to a total amount of 273,760 euros.

447 doctoral students and young researchers at CU applied for a grant this year. The most successful CU faculty in terms of the number of applications received and grants awarded is once again the Faculy of Natural Sciences, which submitted 163 projects (91 of which were successful). The next most successful faculty was the Faculty of Mathematics, Physics and Informatics, which received support for 32 of its 58 submitted projects. There was a traditional interest in CU Grants from the medical faculties. There were 57 registered applications and 31 projects from the CU Faculty of Medicine which were allocated funding, and 32 projects received funding out of a total of 58 submissions from CU’s Jessenius Faculty of Medicine in Martin. The average amount of support in the CU Grants scheme was 950 euros.

“This is a symbolic form of support,” said CU Rector Prof. RNDr. Karol Mičieta, Ph.D., in his speech to the young scientists. “The sums which the university is supporting you with are not exorbitant, but they do constitute a certain contribution to seeing your research work progress or to creating a foundation for future inquiry. Most of all, I wish you much enjoyment in your work,” he added.

Some of the supported CU projects include: The Identification of People upon the Basis of their Walking (Faculty of Mathematics, Physics and Informatics), The Social Contexts of Bullying Children (Faculty of Social and Economic Sciences), Creativity in the ADHD Context among Children (Faculty of Arts), The Utilization of Antibiotics in Hospital Care in Slovakia (Faculty of Pharmacy), The Evaluation and Spatial Differentiation of Tourism in Slovakia (Faculty of Natural Sciences), and The Emperor’s Patent – The End of Hope of the Absolutist Government in Church Affairs (Evangelical Lutheran Theological Faculty).

More information can be found in the June issue of the Naša univerzita magazine. 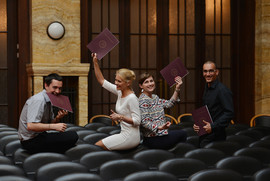 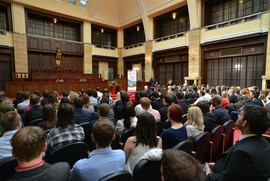 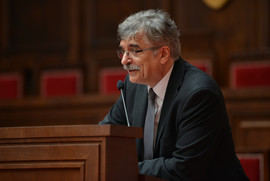 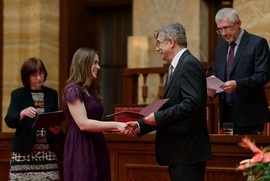 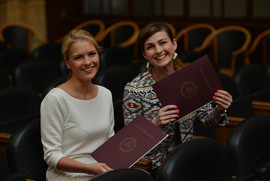