Female Animals are Less Anxious than the Males

Females feel less anxious than males. The same goes for animals in early maturity as well as those of older age. These are the conclusions of research conducted on rats by Comenius University PhD student Emese Domonkos.

“In contrast to humans, it was shown that female animals actually feel less anxious than male animals. These sexual differences in anxious behavior were exhibited in animals in early maturity as well as in old age,” said Emese Domonkos about her research. Aging in men and male animals relates to the progressive reduction of circulating testosterone (hypogonadism). In humans, it is assumed that hypogonadism related to age is responsible for some symptoms of aging, such as a cognitive reduction and affective disorders. “Experiments on animals confirmed that older males presented a greater degree of depression and anxiety than the younger ones. Up until now, it has not yet been clear to what degree the sexual differences among older specimens in affective behavior are influenced by the endogenic production of sexual hormones,” explains Domonkos from Comenius University in Bratislava.

The short-term effects of hypogonadism on behavior have been described in several published studies. It also appears that age is an important factor which modulates the effect of hypogonadism. It increases anxiety in mature male animals, whereas in the early stages of development, it lowers anxiety. “The influence of long-term hypogonadism on the anxious behavior of ageing males has not yet been adequately studied. Our study is therefore unique in examining the influence of the life-long deficit of sexual hormones on anxious behavior. We confirmed the published information on sexual differences in anxious behavior and we proved that this is caused by the internal production of androgens to a certain degree,” adds Domonkos.

Domonkos’s nearly two-year-long experiment, under the guidance of Dr Július Hodosy and Associate Professor Peter Celec, has been aided by the participation of a fellow doctoral student, Veronika Borbélyová. 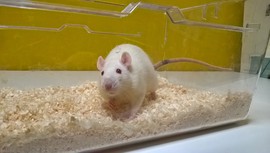 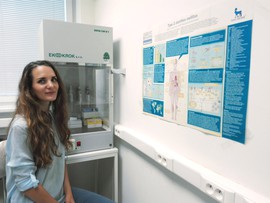 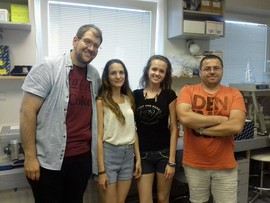