How consumers perceive the retail ban on public holidays

The purchasing behaviour of consumers changes in terms of time and space. It can be confirmed that consumption grows over time and that Slovak consumers are buying more and more products, which can be seen in retail financial indicators.

There is also a change in space; large retail outlets in the form of supermarkets, hypermarkets, and other centres which are concentrated in towns and cities have become an inseparable part of retail life. The opening hours of retail outlets have adapted to increased consumer demands, and the possibility of shopping seven days a week, including on public holidays, has become a normal part of consumer society. Indeed, consumers have adapted to this retail trend and shopping on the weekend and on holidays has firmly established itself in their shopping behaviour.

On 1 June 2017, a new legislative amendment came into force which banned the opening of retail outlets on public holidays. In Slovak society there has been a divergence of opinion regarding this change to the law. One group of consumers agrees with the move, whereas others have reacted critically to this limitation of retail trade. Until now no expansive interdisciplinary survey had been done which would evaluate the perceptions of consumers on a nationwide level.

Research was carried out by experts from the Institute for Sociology of the Slovak Academy of Sciences, the Department of Regional Geography, Protection and Planning of the Landscape (Comenius University) and the Department of Marketing (University of Economics) from 23 to 28 January 2018. The survey was carried out by the Focus agency, and included the participation of 1012 respondents. The research was financially supported by the Slovak Research and Development Agency as a part of a project entitled “Consumer Society and Consumer Regions: The Stratification of Post-Communist Society” (APVV-16-0232). 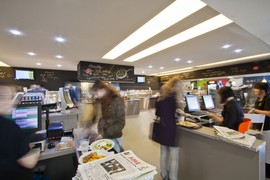