It is necessary to register for this event: http://uniba.sk/nelson/

Lecture theme: How can we write about a world which is totally changing?

Climate change is not a future threat. Change is happening right now with higher temperatures, rising sea levels, droughts, and extreme weather already having a global impact. Deborah Nelson’s lecture will be on recognizing policies and positions which make this situation even worse. Reporters around the world have to be prepared to cover this topic in their articles if we are to stop this slowly approaching catastrophe.

Deborah Nelson is an Associate Professor of Investigative Journalism at the University of Maryland. She started teaching at the Philip Merrill College of Journalism in 2006. Before then she worked at the Los Angeles Times for five years as its Washington investigative editor.

In the past she has also written for the Washington Post, Seattle Times, and Chicago Sun-Times. Recently Nelson worked with others on a nationally acclaimed series of articles on rising sea levels for Reuters. For her work in science and the environment, areas which she has been dedicated to for more than three decades, she has received formal recognition from the National Academy of Sciences in the United States, the American Association for the Advancement of Science, and the Society of Professional Journalists. In 1997 Nelson received the Pulitzer Prize for her work in publishing a series of articles on the widespread abuse of a United States government programme aimed at housing Native American families. She was also involved in projects which received the Pulitzer Prize in 2002 and 2003. Her book The War Behind Me (Basic Books, 2008) deals with war crimes committed by Americans serving in Vietnam and describes the lives of those soldiers who tried to stop the brutality of war.

Currently Nelson teaches university courses on investigative journalism, media law, and ethics. She lectured in Latvia on investigative journalism as a part of a programme run by the Fulbright Foundation and in China as a specialist working for the US-China Education Trust, which is a non-profit organization. As a part of a programme run by the International Center for Media and the Public Agenda at the University of Maryland and the Salzburg Global Seminar (a non-profit organization), she has helped initiate the creation of a global concept for international criminal law and the justice system for journalism schools in regions of Europe, Africa, and Asia which have faced conflict or are still confronting it.

Deborah Nelson received a Doctor of Law degree from the DePaul University College of Law and a Bachelor of Science degree in Journalism from Northern Illinois University.

Her lecture is presented by the Tatra banka Foundation as a part of its Personalities Personally programme in partnership with the Petit Academy Foundation (the event’s main organizer) and Comenius University in Bratislava. 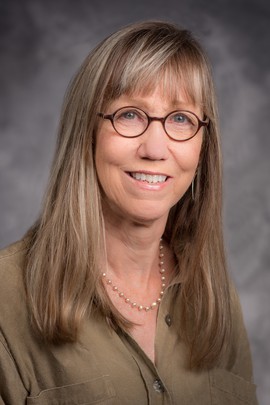