Bratislava, 6 June 2017: Iveta Csicsolová, a student at Comenius University in Bratislava has come up with an interesting idea to help students and members of the general public who are interested in learning more about geography. Csicsolová, along with Miroslav Takács and Matúš Demko (both from the Faculty of Informatics and Information Technologies at the Slovak University of Technology), invented an Android application which contains games for learning about maps, a geographical quiz, Concentration (Pexeso) and an encyclopaedia.

A student at Comenius University’s Faculty of Natural Sciences, Csicsolová was looking for a way to study while travelling (for instance, on a train) and without the need to carry an atlas. “I tried the existing apps for learning geography, but they either had mistakes, were only in English, or were not designed for Slovak learning conditions,” she said. Csicsolová thus decided to ask her friends at the Slovak University of Technology’s Faculty of Informatics and Information Technologies if they could help her create a new application called MapPie. This application is programmed for mobile phones and tablets with an Android operating system (Version 4 and higher). So that they could work with maps, the application’s creators created their own map editor.

“We tried out the first version in 2015. And two years later in March 2017, we published a totally reworked new version of the application. We worked on it in during the winter exams period and put in a lot of new maps. The whole application is in Slovak and in English,” said Csicsolová.

MapPie has currently been installed in devices more than 2600 times. “Most of our users are from Slovakia, the United States, India, and the Czech Republic,” said Csicsolová, who is studying in the geography and information studying programme for future teachers. She would like to improve the application with her team and put in new content. They are also planning other applications in the fields of biology and pharmacy as well as in other areas.

“I am glad this new application has allowed people to gain new knowledge in geography in both Slovak and English in a more effective and attractive way for students and to see the proven creativity of our student and her ability to work in a team with our partner institution at the Slovak University of Technology. I am also convinced of the need and usefulness of cooperation between top scientific institutions, researchers, and scientists, and this new and unique geographical application is proof of that,” said Professor Karol Mičieta, Comenius University Rector. 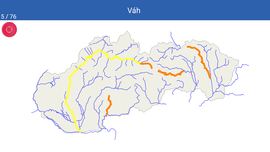 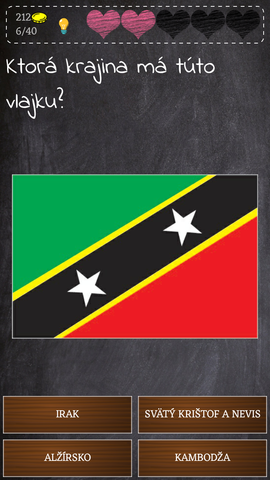 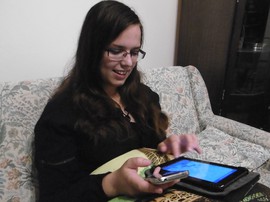