Bratislava, 21 October 2021: The oldest Slovak faculty in humanities and social sciences commemorates its centenary this year. On 24 October 1921, the Faculty of Arts was the third department of the newly established Comenius University to begin teaching. During the century of its existence more than 30,000 of its students graduated in dozens of fields. On Monday 25 October 2021, a ceremonial gathering of the students and teachers of the Faculty of Arts will take place in the Comenius University Auditorium.

The founding of the faculty was motivated by an urgent need to educate Slovak-speaking professionals for the authorities and schools of the newly formed Czechoslovak Republic. Tuition began in a modest setting and in the first year sixty-four students enrolled in the study of Slavic philology, history, ethnology and musicology. The first lecturers were Czech Professors, mainly from Charles University in Prague. Over the years the number of study fields increased as did the number of students.

The Faculty of Arts of Comenius University became the “cradle” of humanities and social sciences in Slovakia and played a pioneering role in the beginnings of education and research in many fields of science. The Faculty nurtured numerous notable personalities who went on to establish several institutes of the Slovak Academy of Sciences which focus on the humanities and social sciences, and who created many significant works of culture.

At present, nearly 3000 students study 220 study programmes at the Faculty of Arts. The Faculty is first among other schools in humanities and social sciences in Slovakia in terms of the number of its study programmes and the scope of its accreditation. Most students are attracted to the study of psychology, political science, marketing communication, journalism and a wide range of languages. The school also educates archaeologists, historians, psychologists, sociologists, educators, interpreters, translators from various languages and other experts in social sciences and humanities.

Several top scientific teams are working at the faculty. Its experts are frequently asked to give their opinion on various topics in the media: the political scientists regularly comment on elections and the developments on the political scene, historians bring to life notable historic events, ethnologists, sociologists and psychologists comment on various social phenomena. “We want to make sure that our research has a real impact on the society, that it helps shape critical thinking and value attitudes, and that it is relevant to current societal challenges. We enjoy thinking and our goal is to make sure everyone does too,” says the Dean of the Faculty, Professor Marián Zouhar.

The Faculty will celebrate its centenary during a ceremonial academic assembly in the Auditorium of Comenius University at Šafárik Square, and will hold various events during the academic year 2021/2022. The anniversary will be commemorated by a picture publication on the history of the faculty, a research paper by a group of authors, a work of graphic art, and a memorial medal. 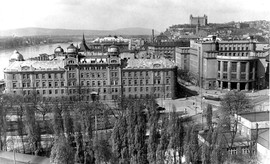 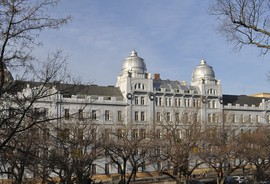