Comenius University takes to the streets: Fighting for university freedom once again after 32 years

The planned amendment of the Higher Education Act has forced universities and the bodies which represent them to launch a public protest. The academia is disappointed with the way in which the Ministry of Education, Science, Research and Sport has ignored the proposals of the joint working group and in which it attempts to have universities directly managed by politically nominated candidates. The protest gains traction as Club 500, an association of large employers, joins the reservations of academia and calls for the withdrawal of the proposed amendment. It emphasises the need to reach a consensus rather than ‘force a square peg in round hole’, after a meeting of the Slovak Parliament’s Education Committee under chairman Richard Vašečka.

"I was a pupil at a primary school in 1989 but I could feel the spirit of the revolution emanating from the city squares in November. It is sad that thirty two years after the Velvet Revolution we have to take to the streets again to defend the freedom of universities. But there is no other way. Every generation lives through moments when it can no longer remain silent and when it must defy the arrogance of those in power. That time has just come for us," said the Rector of Comenius University Marek Števček.

Comenius University has been at the forefront of managing the pandemic responsibly and this protest is no exception: distancing rules will be observed and FFP2 masks will be required.

The Responsible Protest for Free Universities is supported by the Slovak Club of University Faculty Deans, the Student Council of the University in Trnava and by the University of Economics in Bratislava. Other supporters and details of the event will be published on the website of the protest. Separate events are organised by student self-governments, for example at the Faculty of Arts of Comenius University. STU opened a Petition for the Preservation of Academic Self-Government, which was signed by 1600 people in just two days.

Universities criticise the proposed amendment mainly for introducing the threat of direct control of universities by political nominees, the loss of control over their property and the fact that the amendment fails to address the real problems of higher education. Slovak universities are facing budget cuts in the next year amounting to €28 million even though their funding is already lower than in the Czech Republic, Hungary or Poland. 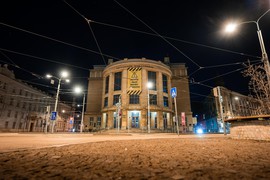