New dining hall will soon open in the Mlyny dormitories

Bratislava, 16 November 2021: The pandemic accelerated the efforts of the management of the dormitories to find an external operator for the Venza dining hall through public procurement. The dining hall closed down in June 2021.

Following the recommendations of the Slovak Public Procurement Office, Comenius University Bratislava chose the new operator in an open procedure. The contract service is defined as the provision of meals and lease of the university dining hall. The call for tenders was published in the Public Procurement Bulletin, in the Official Journal of the European Union, as well as on the University’s website and on social networks. Bidders from all European Union states could submit their tenders as long as they met the eligibility criteria.

The bidders were required to demonstrate they had owed no debts to the State (the good standing condition), and prove that they served at least 620,000 meals in the last three years to show their ability to perform under the contract. The bids were evaluated according to the main award criterion which was the total amount of lease offered for the five-year duration of the contact.

Three bidders submitted their bids in the open procedure. One bid was submitted late and so only the remaining two bids were considered. According to the law, late tenders cannot be taken into consideration and are not shown by the electronic system. The Bid Evaluation Committee which included three representatives of the Rectorate, the dormitories and the students each, met on 12 November to evaluate the tenders received, and it informed the bidders about its decision as required by law. The decision was also published in the contracting authority profile. The winning bid of EUR 1,212,060.70 was submitted by Fit Food, s.r.o., while the unsuccessful bidder, TOMIR, s.r.o., offered EUR 636,600.00.

"The University has been operating the large dining hall using its own resources and has been accumulating a loss in doing so. The restaurant business is specific and we decided to leave the operation of the dining hall to professionals. We promoted the open competition by all possible means, including a press release, on social networks, and by publishing it in the EU’s Official Journal," said Radomír Masaryk, Comenius University Vice-Rector for Exernal Relations. "This call for tenders is another proof that the current management of the university is committed to transparency and cost-effectiveness. In 2020 alone, the dining hall generated a loss of more than half a million euros. From now on, the preparation of meals will be in the hands of experienced professionals and the university will draw an income from the lease," he added.

There is a ten-day period after the publication of the award decision, within which objections can be submitted. The university management will then put the award decision to the vote in the Academic Senate of Comenius University which convenes on 15 December 2021. Once the contract award is approved by the Senate the university invites the successful bidder to sign the contract. The new dining hall will begin operating once the operator has completed any renovation work which may be necessary before the restaurant opens to the public. The university also intends to collect student feedback on the quality of the meals in the largest student dormitories, allowing it to monitor the quality and variety of the food served. 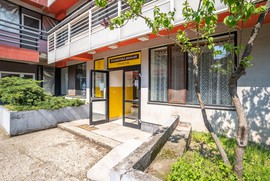 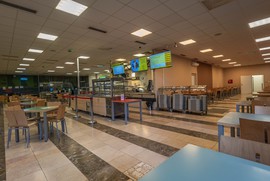