CU will award an honorary doctorate to the Prince of Monaco

On 14 October 2019, Comenius University in Bratislava shall award an honorary doctorate (doctor honoris causa) to Prince Albert II of Monaco for his activity in the field of protecting natural and cultural heritage and in dealing with the effects of climate change. The doctorate will be awarded following a proposal by the university’s Faculty of Natural Sciences.

In 2006, Prince Albert II of Monaco (full name: Albert Alexandre Louis Pierre Grimaldi) established the Prince Albert II of Monaco Foundation, which has the primary goal of supporting science and education in environmental protection. More than 55 million euros have been so far used towards supporting projects in this endeavour. Priorities include managing climate change, deforestation, loss of biodiversity, protection of endangered species, alternative sources of energy, and ocean acidification. In recent years the foundation has been focusing on eco-system services and the protection of pollinators, particularly bees.

Upon the basis of existing cooperation, in 2019 the Faculty of Natural Sciences signed a bilateral agreement on mutual cooperation with the Principality of Monaco on activities leading towards environmental protection.

This event will be simultaneously interpreted between English and Slovak.

This event is by invitation only. 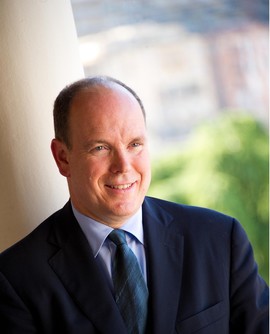