Bratislava, 15 November 2022: Microorganisms resistant to antibiotics complicate the treatment of patients worldwide. Scientists from Comenius University Bratislava therefore began to design new and unique molecules derived from cinnamic acid, which are effective against the most common resistant bacteria such as staphylococcus aureus, enterococcus, and tuberculosis. This year, they published a study in the International Journal of Molecular Sciences.

Humanity is struggling with increasingly frequent occurrence of microorganisms resistant to anti-biotics, which also raises the risk of global pandemics. „Nature provides an inexhaustible source of inspiration when looking for new anti-infective agents,“ says the principal investigator of the international team Josef Jampílek from the Faculty of Natural Sciences of Comenius University.

team, which also included scientists from the Palacky University in Olomouc and other Czech scientific institutions, developed unique molecules derived from cinnamic acid. Compounds designed in this way are up to 100 times more effective against resistant strains of bacteria than standard antibiotics. They exhibit several different mechanisms of action, making them resistant to the development of resistance.

The compounds are capable of disrupting the energy metabolism of bacterial cells or the structure, or biosynthesis, of bacterial membranes. „The important thing is that they are also non-toxic to humans and do not exhibit any other adverse effects. In addition, the compounds also suppress inflammation. We are now developing the next generation of these remarkably simple, small, and highly bioactive molecules,“ says Professor Jampílek from the Faculty of Natural Sciences of Comenius University.

It is an advantage if a medicine has a dual effect. Inflammation often occurs at the site of the bacterial infection, and vice versa - secondary bacterial infections occur at a site of inflammation. The chemical nature of the compounds allows their processing into medicinal preparations both for general and local use. Once the researchers have obtained the results for the next generation of molecules, they will work on clarifying the mechanism of action. The next step is extensive pre-clinical testing, followed by the development of a suitable form of medicine. 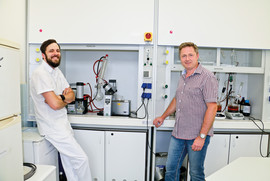 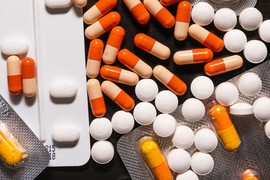