UNIVERSITY, BRATISLAVA AND KARLOVA VES ARE FINE-TUNING THE PLANS FOR A BIKE PATH AND A PEDESTRIAN PROMENADE ALONG THE KARLOVESKÉ RAMENO RIVER ARM

Bratislava, 12 October 2021: Last week, a three-way meeting took place at Comenius University in Bratislava. The University’s Rector Marek Števček met the Mayor of Bratislava Matúš Vallo and the Mayor of Karlova Ves Dana Čahojová. They discussed the construction of a promenade which would link up existing bike and foot paths running along the Karloveské rameno arm of the river Danube, between Lafranconi bridge and the Lodenica boat club. All three parties expressed their commitment to complete the planning stage as soon as possible in order to begin the construction of the promenade.

"This section of the path would connect our student dormitories in Mlynská dolina with several of our faculties as well as the building of the Rectorate. Students accommodated in Mlynská dolina and many citizens and tourists would be able to travel efficiently and safely along the route of the legendary 39 bus line," said the Rector Marek Števček.

"The construction of bike paths is a priority for the municipality - it is a big topic for us right now. The missing section near the Karloveské rameno river arm plays an important role in terms of transit safety as well as environmentally sustainable transport in this area. Bratislava has the potential to intensify bike traffic massively. That is why I’m pleased with the progress of the negotiations with Comenius University concerning a land exchange and I hope that by the end of the year the outcome will be put to a vote in the city council by us and in the academic senate by the Rector," said the Mayor of Bratislava Matúš Vallo.

"The missing section of the promenade along the shore of the Karloveská zátoka bay is more important than it appears. It is our policy to enable safe walking and bike traffic in Bratislava and this connection is extremely useful for the inhabitants of Karlova Ves, but it’s also a vital corridor linking the outlying boroughs of Devín, Dúbravka and Devínska Nová Ves with the downtown," added the Mayor of Karlova Ves Dana Čahojová.

Some changes to the land titles of the parcels underlying the promenade are required before its construction can begin. In addition, thorough preparation and regular maintenance will be needed to ensure its safe operation. Comenius University and the city of Bratislava have worked out a land exchange deal and only a couple of details remain to be resolved. The Municipality of the Capital will then submit the proposal to the City Council and the university leadership will request approval from the Academic Senate. 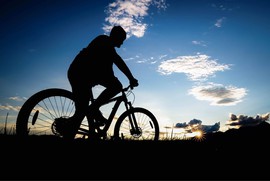