Stereotypes of other cultures are often promoted at school, say experts

Bratislava, 10 May, 2021: Where are the roots of the radicalization of the European youth, of the scepticism towards European integration, or the lack of respect for minorities and cultural diversity? An international team of scientists, some of whom are scholars in religious studies and sociologists from Comenius University Bratislava, seeks to answer these questions. In a joint project of 9 countries named CHIEF (Cultural Heritage and Identities of Europe's Future) they indicate that the current situation might have roots in secondary school curricula, as well as in the cultural and social capital of the family.

Researchers are studying how cultural awareness is formed in schools and disseminated among the people in one’s family and beyond it. The way in which young people acquire knowledge about European culture and culture in general is heavily influenced by social interactions. “Who we associate with, who we talk to and whom we trust or distrust is related to our cultural literacy and the knowledge which determines our ability to understand people with a different opinion, social status, ethnicity or aesthetic preferences,” explains Associate Professor Dušan Deák, project leader on behalf of Comenius University. The educational environment, which includes family, peers, the third sector and institutions of memory, in addition to schools, influences and cultivates young people’s knowledge. “One of the most prominent manifestations of social distance is the relationship to otherness and diversity,” say the experts. It clearly manifests itself in the case of ethnic minorities, marginalized groups, people of different faiths or immigrants, but also in everyday interpersonal relationships which subsequently shape what and how we get to know each other.

Secondary schools do not seem to substantially improve the ability of young people to learn about different cultures because they are very closely aligned with the domestic cultural environment. The reading list of world literature at “gymnasium” grammar schools in Slovakia, for example, fails to include works from countries outside the European continent, save for a few books from North America. An international group led by the British Aston University has revealed that, although the European Union emphasises topics like multicultural education, cultural tolerance and cultural diversity, few actual changes were made to curricula - and not only in our country. In schools, these concepts are taught without ensuring a deeper understanding, and the stereotyping of other cultures or minority views largely persists. Researchers point out that the dialogue among those involved in education should be more intensive. The education environment is not, all appearances to the contrary, separated from the social environment and ingrained stereotypes.

The results of qualitative research and interviews with students suggest one counter-intuitive fact. Even in relatively elite schools like the gymnasiums, experiences like school excursions to Auschwitz, which are intended to prevent the radicalization of young people, do not effectively contribute to the pupils' education. The reason is that teachers hardly ever encourage the students to seek connections between the past and the present, especially in a situation when the extreme-right LSNS party had been voted into the Slovak parliament. As a consequence of this school experience, students often acquire a repulsion towards the extremism of the past, but are rarely able to identify this kind of extremism in the rhetoric and efforts of current-era politicians. “In our country, history far too often fails to teach about life and merely resorts to teaching about the past. In practice, this leads to situations when students who approve of extremist politicians simultaneously express their disapproval of the horrors that took place in concentration camps. On top of it all you have the influence of social networks,” warns Matej Karásek from the Department of Comparative Religion of the Faculty of Arts of Comenius University.

Slovak researchers from Comenius University conducted sociological and ethnographic research among students and teachers in three selected micro-regions of Slovakia. They chose their sample to reflect a varied degree of urbanization, socio-economic level and degree of ethnic or national heterogeneity. It turned out that most of the secondary schools in the study offered their students multiple opportunities to participate in culture and to develop cultural competence. “The decisive factor appears to be the type of secondary school, rather than its location. For example, the gymnasium type schools generally offer more of these options than vocational secondary schools. Schools also differ in their emphasis on the development of intercultural interaction and respect for other cultures, or the promotion of discussion on current societal issues," Says Roman Džambazovič, a sociologist from Comenius University. The study also confirmed the importance of the family environment in the acquisition and adoption of certain cultural behaviour patterns. Children of parents who take them to theatres and galleries, and read books or visit a library more often, also tend to engage in these leisure activities at a later age.

The project has not been completed yet and the analysis of the acquired data is still ongoing.

The project consortium consists of: 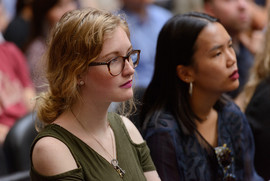