Bratislava, 5 May 2022: Comenius University Bratislava is responding to the press conference of the Slovak Accreditation Agency for Higher Education. The press conference may have caused some students in lower years to wonder whether they should inquire about the continuation of their study programmes in autumn.

Comenius University gives its assurance to all its students that they would have already received notifications of any accredited study programmes which had to be discontinued, along with information about possible alternatives.

Up to 200 study programmes will have been discontinued by 31 August, 2022. Most of them had no students enrolled. The number might be inflated by the fact that some programmes were offered as full-time, part-time, Slovak and English versions, and would consequently enter the list as four separate discontinued programmes.

Some of the programmes which will no longer be available include Romanian language and culture or French language and culture in combinations. There is, however, a new programme of Romanesque Study including several minor programmes which used to be offered separately. Similarly, the discontinued Swedish Language and Culture programme will be subsumed in Germanic Studies, which will also include Swedish or Dutch. The study programmes of tectonics and sedimentology will be replaced by a single, newly-accredited programme of Tectonics and Sedimentology. The discontinued programmes of Archival Science, Museology and Cultural Heritage will be replaced by a single programme Archival Science, Museology and Digitization of Historical Heritage.

Only a handful of programmes were discontinued without replacement. These include, for example, Finnish language and culture in combinations or Polish language and culture, which have long been attracting diminishing numbers of students. Students affected by these changes were informed already in 2020 and were offered a suitable replacement study programme or combination.

Those students who will not be able to graduate from a programme which has lost its accreditation, will be offered an advance opportunity to transfer to another study programme. The University has reached out to all students who would be affected by these changes.

Comenius University has obtained accreditation for 57 new study programmes, although many of them are just replacing existing discontinued programmes.

In case of any questions, students are encouraged to contact the study advisors at their departments and institutes. 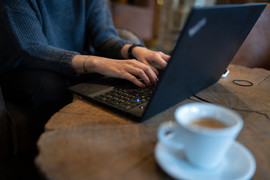