Saint Nicholas, Old Man Frost, or Santa Claus? To each their own

Just before Christmas and at Christmastime, the situation in Slovak households sometimes becomes bizarre. A plastic Santa Claus hangs from the balcony with a bag of presents; cleaned booties are readied on the windowsill by 6 December to receive gifts from St. Nicholas, and many cannot imagine Christmas without the Russian fairy tale in which Mrázik (Old Man Frost) rescues poor Nastenka and showers her with charity. In summary, three Christmastime donors operate in Slovakia at the same time. Do they sometimes clash? If so, which one wins? Are our traditions threatened? Professor Marta Botiková from the Department of Ethnology of the Faculty of Arts studied the phenomenon of gift-giving beings.

The questions of traditions and their changes constitute the fundamental issues studied by ethnologists. Nicholas, Old Man Frost and Santa Claus are excellent material recording the significant changes that the Slovak society has undergone since World War II. „Together they form a somewhat grotesque trinity in the melting pot of globalized traditions. How were they accepted or welcomed in our lands? How did their representations change in a specific community? And what is the relationship between native and foreign cultural phenomena, between tradition and change?“ asks Professor Botiková.

Saint Nicholas has been with us for centuries

The one with the longest tradition of giving gifts prior to Christmas is St. Nicholas. A popular legend has it that in the 4th century AD, Bishop Nicholas from the city of Myra in Asia Minor saved three poor girls from prostitution by secretly giving their father a bag of dowry money through the window at night, so that the girls could marry honourably. Respect for this saint in our country dates back to the Middle Ages and he is the patron of many churches. Since Nicholas was also worshiped as the patron saint of students, they honoured his life by performing theatre plays on 6 December. Sometimes these performances turned into merry marches in costumes and masks through the town while the students begged for money and at times „liberated“something in the houses they visited. After complaints from the church and from honourable citizens, Emperor Joseph II banned the rowdy St. Nicholas processions at the end of the 18th century, and ordered that no St. Nicholas party may exceed three members - St. Nicholas himself, an angel and the devil.

Gradually, in both urban and rural environments, Nicholas „withdrew“from the public space to families, and his educational dimension prevailed. Parents „ordered“ Nicholas and the devil into the household to teach their children a lesson. „Research data confirms that the masked trio was welcome in both religious and secular families. This was true particularly in towns. The children recited a short poem or prayer to Nicholas and received a gift as a reward. The lesson of the good old man who rewards children for good behaviour has become a stable part of winter,“ explains Professor Botikova. In the first half of the 20th century, when ethnographic researchers visited rural areas, Nicholas did not yet exhibit all the episcopal attributes of his disguise and had a habit of visiting girls during the spinning of wool, along with the other masks. Prayers addressed to him, albeit jocular, spoke to one of Nicholas's charities, which was to find an honourable groom for teenage girls.

After World War II when the communists took over power in Czechoslovakia, the Saint Bishop Nicholas became unacceptable on grounds on ideology because the official state doctrine was hostile to anything religious. In the Soviet Union, however, communists found a replacement - Old Man Frost. He originated in Russia from a 19th-century literary character, personifying the power of nature, being the good ruler of the frost from Siberia, who arrives with Snow White to dispense gifts to children. He was usually dressed in a white fur coat and a white sheepskin fur hat. „Old Man Frost came to Czechoslovakia as a Soviet import in the 1950s. As a character unencumbered by a religious background, he was a suitable substitute, and the 'politically correct' Snow White replaced the angel,“ says Professor Botiková.

However, Old Man Frost only took over the public spaces in Czechoslovakia. He came on a sleigh or a carriage to light Christmas trees in town squares, to hand out gifts at trade union meetings or „meetings under the fir tree“ of the young 'Pioneers' (a sanitised, communist alternative to Scouts). However, he had no success penetrating into families. Ethnological research confirms that in those, including the families of communists, sweets were always delivered to children on 6 December by Saint Nicholas. „For some families, the tradition of Nicholas, the angel and the devil even took on the form of resistance against the official regime,“says Professor Botiková.

Santa Claus and the U.S.

The Christmas donor changed radically after the fall of communism in November 1989. During the 1990's Western culture flooded in and with it came Santa Claus. His red clothes resembled those of Nicholas, and the winter coat and beard reminded of Old Man Frost. „Despite his name, there is nothing specifically Christian about the appearance or activities of Santa Claus - he is neither a bishop nor a saint, but a kind of mysterious elf, and he is accepted by all ethnic groups in the U.S. Through the legend of Rudolph the Reindeer the educational function of rewarding good behaviour was superseded by the quintessential American dream - the mocked little reindeer with a red nose eventually achieves success,“ says Marta Botiková.

In our country, Santa Claus has become omnipresent at Christmas time, even leading to frequent lamentations that he ‘displaces’ our traditional Saint Nicholas and baby Jesus, representing the same kind of foreign import like the Soviet Old Man Frost did. According to the ethnologist, however, acceptance of Santa into our culture is selective. „In the U.S., Santa Claus is the Christmas giver. On 25 December, he arrives on a sled pulled by his reindeer and drops presents down the chimney into stockings hung on the mantelpiece. But we are not really prepared to accept this narrative in our country, not least because our apartments generally lack fireplaces. In our lands, Santa Claus has not yet 'broken through' the strong Christian tradition in which it is baby Jesus who gives the presents.“ More often, Santa Claus is the character associated with Christmas shopping - residing in shopping malls and allowing children to take pictures with him.

Each figure has its field of authority

According to the ethnologist, the coexistence of all three figures, and the baby Jesus in our country is made possible by the fact that our winter-time gift-giving traditions are spread over time. Saint Nicholas gives gifts on 6 December, while baby Jesus arrives on Christmas Eve, 24 December. „The period between 6 December and the Christmas holidays is ‘available’ for Santa Claus to present himself in shopping centres. But Old Man Frost never left either. He is still present during Christmas school holidays through a popular movie fairy tale played frequently on TV, whose lines have become common lore. It’s like each of them found their own field of authority. None of them are forgotten, and similarities win over differences. Any differences manifest themselves in the different spaces where these characters appear,“thinks Professor Botiková.

Young parents sometimes face the dilemma of explaining the complexity of Christmastime present-giving to their young children, who still believe in mysterious gift bearers. What would the ethnologist advise them? „During parenthood, we relive our childhood and our memories, seeking a model that evokes the positive emotions and memories. Why not repeat what we experienced when we were children? We could explain the children that 'here' we do it this way, and that elsewhere things are different. We can preserve family traditions. The child accepts it, and the other supernatural donors are accepted as supplements. Children certainly don't mind getting candy multiple times.“ 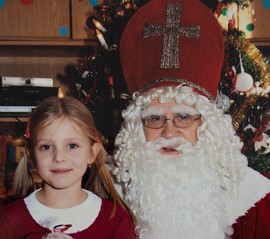 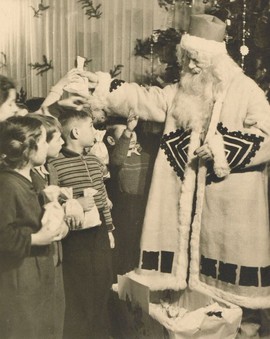 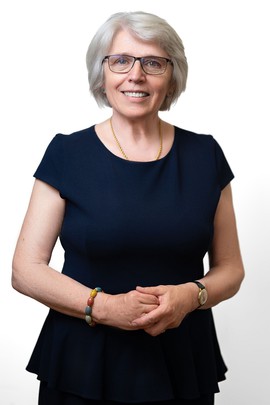