Bratislava, 12 April, 2021: Ján Klimas, the Dean of the Faculty of Pharmacy of Comenius University Bratislava, proposed to the Committee of the Slovak Pharmaceutical Society to honour Zuzana Baťová, Secretary General and Director of SIDC, with the Medal of PhMr. Vladimír J. Žuffa. The Dean proposed the award as a sign of respect for the State Institute for Drug Control. The Dean, Ján Klimas, highlighted the contribution of Zuzana Baťová towards an enhanced international reputation of Slovak pharmacy in the regulation of medicines. The PhMr. Vladimír J. Žuffa medal is awarded for outstanding contribution to Slovak pharmacy.

In his explanation the Dean quoted the Director’s contribution to medical pharmacy research and university pharmacy education. Zuzana Baťová has long been a lecturer at CU’s Faculty of Pharmacy (FoP) and a partner of the faculty in various areas of pharmaceutical science and research. "By being an accomplished FoP graduate who has shown character and a fundamentally humanist attitude she is a role model for future generations of pharmacists and uses her career story to develop personal attitudes and professional confidence of young pharmacy students," said the Dean of FoP Ján Klimas.

Slovak Pharmaceutical Society of the Slovak Medical Society (SPS) usually awards its highest accolade to people who have reached notable milestones in their lives. "I am convinced that Dr. Baťová has already deserved the award even at this unusually young age. I also consider it important that SPS bestow the award at the right point in time and in my opinion, the right time is now, "added Ján Klimas.

PharmDr. Zuzana Baťová, PhD. studied pharmacy at the Faculty of Pharmacy of Comenius University Bratislava. Since 2012 she has been working at the State Institute for Drug Control and became its Director and Secretary General in 2016. She is a lecturer at FoP and teaches in an international programme run jointly with the universities in Budapest and in Ljubljana. She is a member of the Heads of Medicines Agencies (HMA) network and cooperates with the bodies of the European Union on EU member state projects involving medicines. More information.

Slovak Association of Pharmacy Students expressed support to the staff of the State Institute for Drug Control. In its opinion it condemns indiscriminate hateful attacks against pharmacy professionals as human beings. 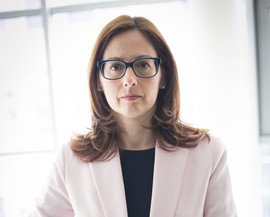