University sports come to life after the pandemic: the Slovak Winter Universiade begins

Bratislava, 8 February 2022: On this day, the opening ceremony of the 2022 Slovak Winter Universiade took place at Comenius University Bratislava. More than 500 athletes who compete in 13 disciplines, participated.

Traditionally, the Universiade is the most significant sporting event for university students. It is held every two years, has a summer and a winter section and is organised by one of our universities. The event is held in cooperation with the Slovak Association of University Sports and the Ministry of Education, Science, Research and Sport of the Slovak Republic.

"I am very pleased that this ‘strangeʼ time, when sports arenas remained empty, is slowly coming to an end and the venues are filling up," said the Rector of Comenius University Marek Števček during the opening ceremony. This year’s Winter Universiade brings particular joy after last year’s World Winter Universiade had to be cancelled due to the pandemic.

Comenius University is the main organizer of this year's Winter Universiade, and it took over the baton of Slovak university sports from the University of Žilina, which organized the 2020 Summer Universiade. A CU student, Marián Badár recited the oath which binds all athletes to compete in the spirit of fair play.

The ceremony was also attended by the Chairman of the Slovak Olympic and Sports Committee Anton Siekel, the Government Plenipotentiary for Youth and Sport Karol Kučera and the President of the Slovak University Sports Association Július Dubovský. Collectively, they emphasized the importance of promoting sports at universities. Jozef Masarik, Comenius University Vice-Rector, is the chairman of the organizing committee.

The Rector of Comenius University Marek Števček said that the time has come to step up the promotion of sport in Slovakia and give it at least as much support as university athletes enjoy in other civilized countries. "I hope that this event will draw the attention of decision-makers to the conditions of university sport in Slovakia, because it is unjustly neglected," he added.

Although the opening ceremony was held today, some disciplines have already taken place earlier. Cross-country skiing took place on 22 and 23 January, biathlon took place on 29 and 30 January. On Monday, 7 February, students competed in headis, table tennis and badminton. Most competitions will be held this week, until 10 February. The closing ceremony is scheduled for Thursday, 10 February, 3 p.m., at the Faculty of Physical Education and Sport of Comenius University. The last discipline will be downhill skiing, which takes place on 20 February at the Šachtičky ski resort near Banská Bystrica. 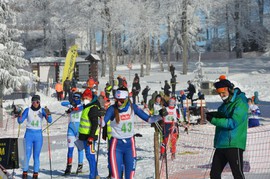 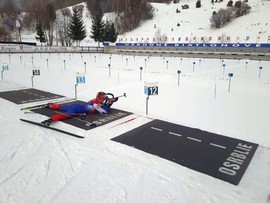