Bratislava, 27 May 2019: People with schizophrenia often have difficulty in recognizing emotions and understanding other people’s intentions. The clinical psychologist Michal Hajdúk from Comenius University, who is engaged in schizophrenia research, has published his recent results in several major scholarly journals.

Schizophrenia is a serious psychological disorder that is primarily  associated with the presence of delusions and hallucinations. It affects one percent of the population, i.e., about 50,000 people in Slovakia. In addition, a large number of patients have difficulties with day-to-day functioning in interpersonal relationships, work, and leisure activities. The ability of these patients to function in everyday conditions depends on their “social cognition”. Michal Hajdúk from the Department of Psychology at the Faculty of Arts of Comenius University and the Department of Psychiatry at the Faculty of Medicine of Comenius University and University Hospital Bratislava examines social cognition, which is a set of skills through which people perceive and process social stimuli such as facial expressions, intentions, and beliefs. He has recently published the results of his work in several international scholarly journals.

“In collaboration with colleagues from the United States, I found out that nearly 75% of schizophrenia patients have mild to severe difficulties in reading emotional expressions and judging what other people think. This number is quite high. However, as soon as we can reliably identify these people we can provide them with therapy, for example, in the form of socio-cognitive skills training,” says Hajdúk.

Disturbances in the field of social cognition are some of the basic manifestations of schizophrenia. Social cognitive training has proven to be an appropriate complement to standard therapy as it creates room for acquiring and practising social capabilities, thereby positively affecting the patient's ability to function normally.

“The results of the data we have collected here in Slovakia have also shown that social cognition is a key ability that clinical psychologists should target when intervening in cases regarding patients suffering from schizophrenia. Some of the psychological procedures for developing these abilities are already being applied at our clinic,” said Hajdúk.

Alongside colleagues from the Second Department of Neurology at Comenius University and the Department of Communication Disorders at the Faculty of Education at Comenius University, Hajdúk is currently focusing on whether patients with Parkinson's disease have similar difficulties. The initial results of their research project suggest some similarities between the disorders. Understanding the nature of these difficulties will help better target interventions and thereby improve the quality of life of patients of both schizophrenia and Parkinson's disease.

“I believe that the results of this research and other follow-up projects will make a significant contribution to the better understanding of the functioning of mental processes in patients with such severe health complications. As the rector, I am also extremely pleased that our experts can cooperate across multiple faculties with the common goal of improving the lives of their patients,” said Comenius University rector, Marek Števček. 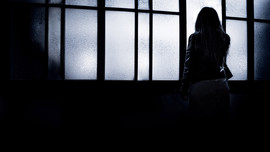